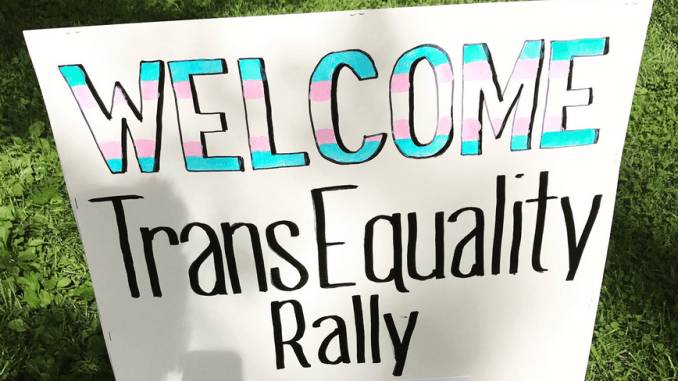 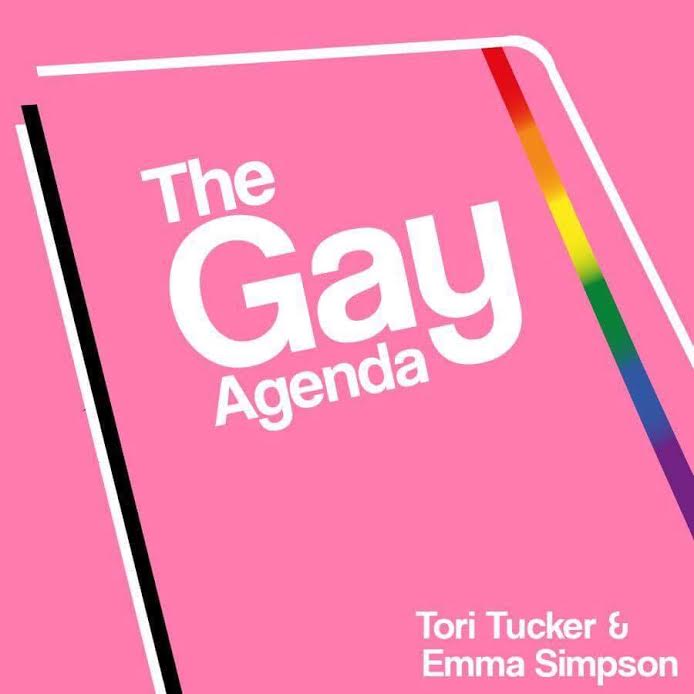 Over the course of Trump’s presidency (now 6 months and counting) there have been numerous attacks against the LGBTQ community, but perhaps the most jarring was the most recent, which unfolded mainly on Twitter (what a great venue for official presidential business).

On July 26, President Trump announced via Twitter that transgender Americans would no longer be permitted to serve in the military, citing the “burden” of medical expenses associated with being transgender as well as “disruption” that this would entail. So many things about this situation are unprofessional and inappropriate, not to mention disrespectful.

First, Twitter is a popular social media website which, yes, can sometimes serve as a venue for raising awareness about a cause, social justice, and political discussion, but what it is not is an official news site. For President Trump to make such an announcement on Twitter is, frankly, ridiculous.

Secondly, it appears that this is an attempt by Trump to make himself seem more commanding when in reality he does not have the capacity to think ahead, as according to CNN, there is currently no plan to implement this policy. The referral of transgender people by Trump as a “burden” and “disruptive” is nothing we haven’t heard before: a nasty attempt to dehumanize transgender people and paint them as obstacles that others need to overcome.

This is unacceptable and dehumanizing (not to mention nonsensical, since the fact remains that sex change operations are not a requirement for being transgender and not every transgender person wants a sex change operation). As for the “disruption” bit, implying that someone is disruptive simply because who they are doesn’t fit with your idea of “normal” is closed-minded, unkind, and an unfair accusation. 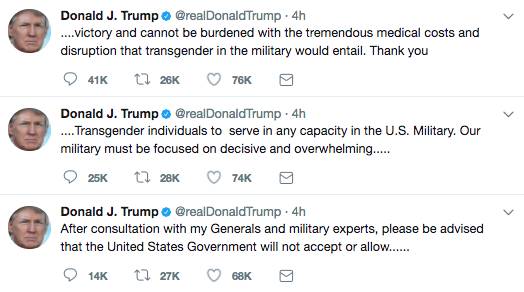 This issue pertains not only to the military, but to America as a whole. Excluding people from an organization like the military not because of their ability to fulfill an assignment or their willingness to be of service or do a job, but because of their gender identity (or otherwise unrelated factor) sends a clear message.

Granite Staters are not taking this lying down. The transgender community of NH rallied this week in Manchester on Saturday, July 29th. The event was planned before the ban was announced, but the timing was perfect, as it gave many trans people and their allies the opportunity to come together and celebrate their identities and their strength. There has been so much progress in the way of LGBTQ rights, especially transgender rights, in the last few years.

Right now there is a bill in the works that would give transgender people in NH more legal protection by extending an anti-discrimination law that relates to age, sex, sexual orientation, race or creed to gender identity. Unfortunately, the bill (HB 478) has been tabled twice, but more action is already underway, and there are plans to resurrect the bill in the near future. Though the military ban is a big step back, there are many steps forward yet to come.

We (Tori and Emma) would like to let our readers know that we will be taking a hiatus from our column for the month of August. We enjoy writing for In Depth NH immensely and plan to start up again once September begins, but as we are both currently working full time and preparing to move into a new residence in Keene we are finding ourselves stretched a little thin. We want to take this opportunity to say thank you to those who read our column and who support In Depth and you will be hearing from us in the fall!

Emma Simpson is a Women’s and Gender Studies major currently in her senior year at Keene State College, where she is also pursuing minors in Psychology and German and will be graduating in May of 2018. She is the president of her a cappella group Chock Full O’ Notes and is involved in occasional activist work with Planned Parenthood.

Tori Tucker, from Portsmouth, New Hampshire, is a recent Keene State grad with a B.A. in English Writing and minors in Music and German. In addition to being a musician and activist Tori is also an author. Her book, The Life and Times of Judith Fletcher is available in all bookstores and on ebook online. She resides with her girlfriend, Emma Simpson in Keene, New Hampshire.