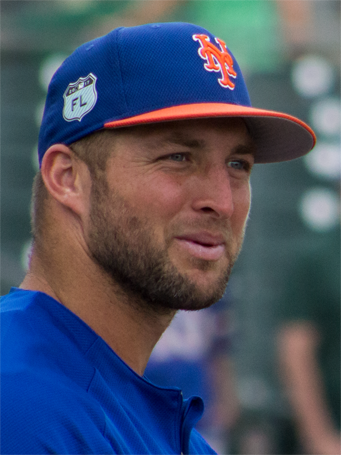 On Monday, news broke that Heisman Trophy winner Tim Tebow is expected to begin the 2018 season with the Double-A Binghamton Rumble Ponies, a rival of the New Hampshire Fisher Cats.

The roster status of Tebow, like any minor league baseball player, is subject to change at any moment. However, if he is active with the Rumble Ponies at the beginning of next month, the first day he and Binghamton would come to Manchester would be April 16, the second half of New Hampshire’s first homestand.

CORRECTION: The announcement from the Mets is expected next week, with sources including mlb.com and the New York Post.