MANCHESTER, NH – The Manchester Monarchs fell to the Adirondack Thunder, 3-1, Sunday afternoon at SNHU Arena to drop both games of their weekend series with their division rivals.

The Thunder opened the scoring at 9:36 of the first period when Alexander Fedoseyev netted his 1st goal of the season. James Henry picked up the puck along the left boards and traveled with it behind the net, and found Fedoseyev with a pass across the front of the net for a one-timer past Monarchs goaltender, Sam Brittain.

The Thunder extended their lead when Matt Bailey scored a power-play goal at 3:08 in the second period. Ty Loney passed the puck to Bailey skating down the center of offensive zone where he netted a back-handed shot through the five-hole of Brittain for his 2nd goal of the season.

Joey Diamond put the Monarchs on the board when he scored his 4th goal of the season on an unassisted goal at 17:57 of the second period. Diamond stole the puck from the Thunder defense, walked into the slot and sent a wrister past Thunder goaltender, Mason McDonald, to make the score, 2-1.

The Monarchs are back on the ice Friday, Nov. 11 (7:30 p.m.) when they travel to Norfolk, Va. to take on the Admirals for the first time this season.

Join the Manchester Monarchs for their annual Mullets in Movember game, sponsored by the American Cancer Society, on November 19 at 6:00 P.M.! The first 4,000 fans will receive mullet wigs! 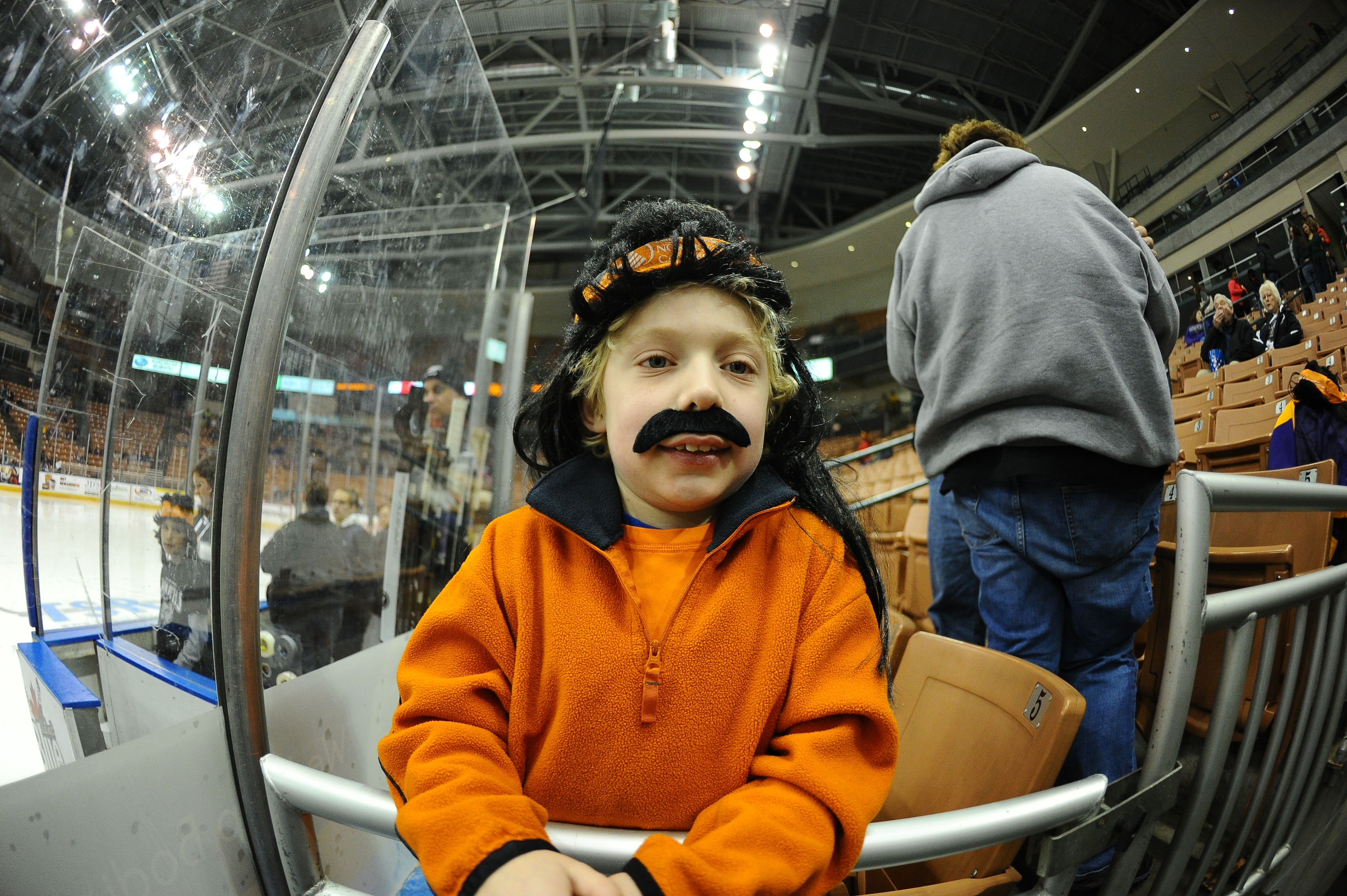 Mullet Packs are only $35 each and includes 1 ticket to Mullet Night, 1 Mullet t-shirt, 1 flex voucher for a future game, and a donation to the American Cancer Society!

Mullet Business Packs include 20 tickets, 20 specialty t-shirts and a donation to the American Cancer Society and are only $500!