Stand up. Speak up. It’s Your Turn.

This afternoon, I will officially leave the Democratic Party to affiliate as an independent. There are many reasons for this disaffiliation:

My priorities as a representative for the town of Amherst have not changed. I will continue fighting for my values as outlined in my electoral platform including electoral reform, criminal justice reform, protecting our environment and natural beauty of our state, increasing state aid for education, and lowering local property tax burdens on our community. I look forward to continuing my work with members on both sides of the aisle. I shall continue to faithfully serve our town and our state for the remainder of my term.

Beg to differ? Agree to disagree? Thoughtful commentary of general interest is welcome. Send submissions to publisher@manchesterinklink.com, or DIY it here. 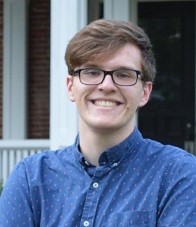