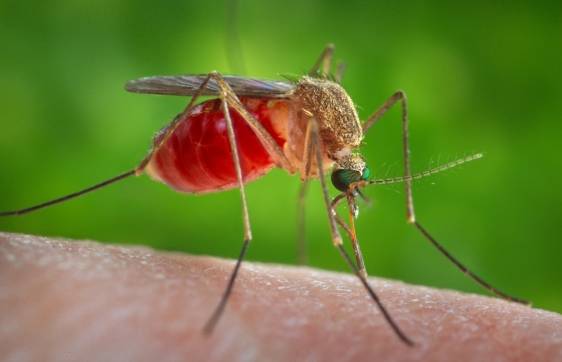 According to Anna Thomas, MPH, Manchester’s Public Health Director, “This is the time of the season that we can expect West Nile Virus to be identified in New Hampshire. It is important for residents and visitors to take steps to prevent mosquito bites, as WNV and other arboviruses can be transmitted to humans from the bite of an infected mosquito. From this point in the season until there is a mosquito-killing frost, the risk of infection by mosquito-borne viruses may increase. Use an effective mosquito repellant that contains 30% DEET, avoid being outdoors at dawn and dusk, and remove standing water from around the home, where mosquitos reproduce, to limit the risks of catching these infections.”

West Nile Virus is transmitted through the bite of an infected mosquito. WNV was first identified in New Hampshire in August of 2000. Symptoms usually appear within a week after being bitten. Symptoms can include flu-like illness including fever, muscle aches, headaches, and fatigue. Many people may not develop any symptoms, or only develop very mild symptoms. A very small percentage of individuals infected with WNV can go on to develop more serious central nervous system disease, including meningitis or encephalitis. If you or someone you know is experiencing flu-like symptoms, including fever and headache, contact your local medical provider.

Manchester residents and businesses can call the Manchester Health Department with concerns and questions about WNV and EEE. The phone number is 624-6466 and ask to speak to the Environmental Health Branch. Prevention guidelines for WNV and other arboviruses can be found below. Fact Sheets on West Nile virus and other arboviruses are available on the DHHS website at www.dhhs.nh.gov. For more information, please visit the Centers for Disease Control and Prevention website at www.cdc.gov.