I didn’t want to write anything today. Then I got a text message and a voicemail from two separate people around Manchester telling me they are living in their cars with no place to go. I am a community organizer with Rights & Democracy, not a social worker, but people are increasingly coming to me for help – help I’m unable to provide.

The Families in Transition adult shelter is full most nights. Luckily one of those two people is young enough to take advantage of the youth homeless services provided by Waypoint NH. I’d like to address a criticism I’m asked, “If you care so much about them, why can’t they sleep on your sofa?” First, I don’t believe that individuals should have to provide a service that our tax dollars are supposed to be providing. Second, like many renters, I can be evicted for having people sleeping over multiple nights who aren’t on the lease.

The voicemail came from an elderly couple whose husband is a disabled veteran. Their income was too high to qualify for temporary housing, but too low to afford increasing rents. I asked if they tried the Liberty House, but it turns out they have no beds or rooms open for them. They contacted Harbor Homes, who can hopefully get back to them soon. The main point I’m driving is that if people are coming to me for help, the system is failing.

When it comes to policies addressing homelessness, I often think of the 1993 film Groundhog Day starring Bill Murray. For those of you who aren’t familiar with the movie (skip ahead if you don’t want spoilers on a nearly 30-year-old movie), Bill Murray’s character is stuck living the same day (February 2nd) over and over again until he fundamentally changes his ways, becomes a better man, and eventually wakes up on February 3rd.

The way the city, state, and federal government deal with homelessness feels a lot like that plot to me. We keep doing the same thing over and over and then we are shocked when the results are the same. Specifically, I want to talk about the city’s policies, which mirror the policies of cities across the country: fail to provide dignified housing options, pass ordinances to criminalize being homeless in public spaces, and then wonder why homeless people still exist in public spaces. I’ve been writing on homelessness to the InkLink for almost two years now, outlining the problems with sweeping encampments, passing anti-camping ordinances, and failing to address sub-par conditions at shelters.

As recently as September of this year, I wrote about this liberal Board of Mayor and Aldermen’s Police First approach to homelessness. I support Housing First, a model that gets people into housing and then addresses the issues they’re facing whether it’s substance use, mental health, physical health, or whatever. A Police First Approach is exactly what the Board and Mayor did in October of this year. Let’s break down the problem, then the Housing First Solution, the Police First Solution, and the consequences we are faced with.

The Problem They Were Trying to Address


There was an increase in homeless people existing in public parks in Manchester during the daytime. Housed people hate having to see houseless people. To be fair, some housed people were feeling unsafe, which I empathize with. Where most people stop empathizing is for the people experiencing homelessness themselves.


A Housing First solution would be to set the houseless up in a temporary space that’s not a shelter until we can build them housing and to get them access to case workers who see them through their issues. This would end the suffering of the people facing homelessness and open our parks up to what they should be for: the enjoyment of the public.

This is what the Board and Mayor did. They passed an anti-houseless ordinance to criminalize the houseless people in parks. Penalties can result in fines, which is pointless when somebody is probably breaking that ordinance because they don’t have enough money to afford rent. I’ve personally witnessed the police being more physically violent towards them, even on my walk back to my car after the vote. This is in line with previous anti-camping ordinances that I’ve written about before.

The Consequences of Police-First Approach

Groundhog Day: More of the same. I’ve been getting reports that the Families in Transition shelter at 199  Manchester St. has been full on cold nights, and winter hasn’t even started yet. Instead of shopping carts, tents, and umbrellas being in the parks, there are shopping carts, tents, and umbrellas just outside of parks now. There is a growing encampment further out into the woods near the intersection of Candia Road and Hanover Street. By my estimation, there have been nearly 20 houseless encampment sweeps in the past two years and the problem never goes away. When you sweep, there will always be another encampment. The city just moves the problem.

The only thing that can end homelessness is keys in hand. Instead, we are giving public land and tax dollars to for-profit developers who are building units that even working-class people cannot afford. That’s because we are addressing the needs of the landlord and real estate interests first. They’re having trouble building, so we are making it easier for them to build first. Supply is certainly an issue and we should build more housing. It’s just funny to me that the solutions we are trying first also benefit the profits of developers while the needs of the houseless are being ignored or half-heartedly addressed.

Housing First and stronger tenant protections are needed. In NH it’s legal to double rent on 30-day’s notice. Other tenants we are working with on the West Side are facing renovation evictions so the landlords can get around our good cause eviction laws. Instead of appealing to landlords and developers, our elected officials need to appeal to We the People. 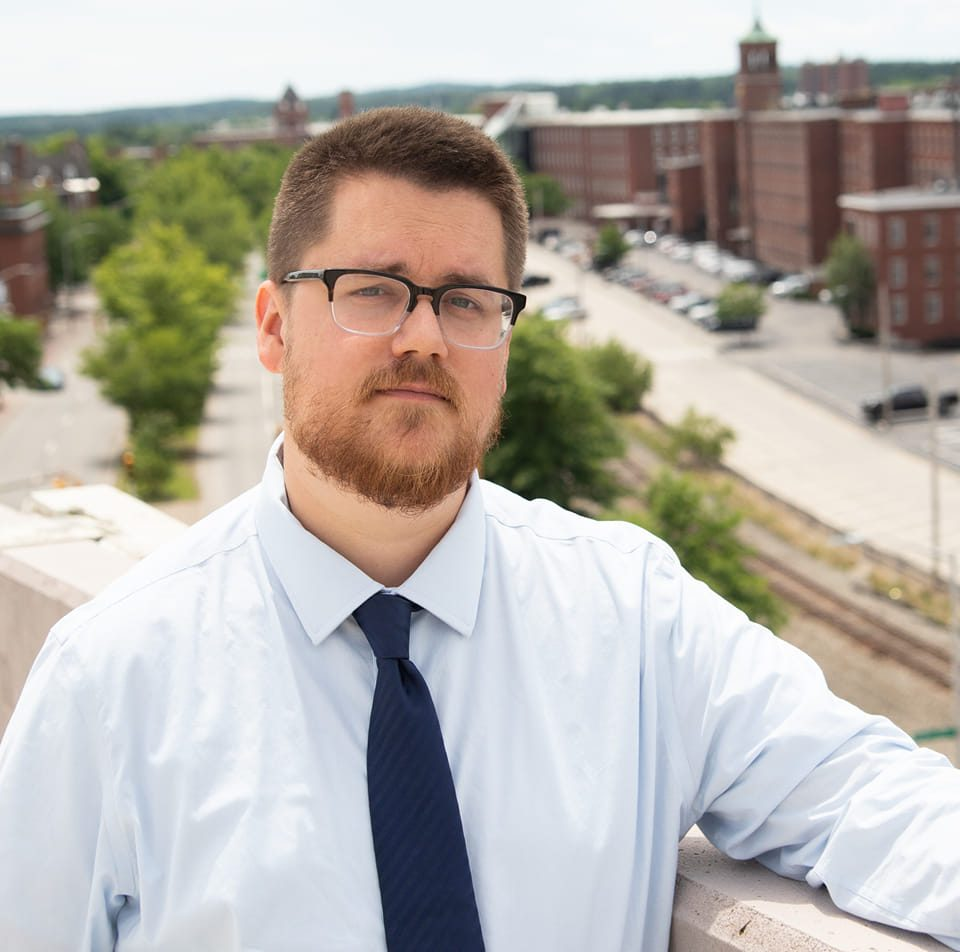 Brandon Lemay is a Manchester native and housing organizer working to build tenant associations across the state. He's running for state representative in Manchester's Ward 8 in the 2022 election.