Introduction to InDepthNH.org’s series about NH’s ‘Laurie’ lists and how prosecutors disclose to the defense the names of testifying police officers who have been disciplined for dishonesty or excessive force.

Three years ago, I began looking into how county attorneys kept secret lists of police officers who had been disciplined for dishonesty or excessive force that might impact on their ability to testify under oath.

I had delayed looking into the lists that I now know as “Laurie” lists – they are called “Brady” lists and “Liar” lists in other states – because I figured there could only be a handful of such police officers in New Hampshire. I thought those would likely be officers who had been disciplined, but were appealing to keep their jobs.

Not much of a story? Wrong. What I learned since is there is no way to know how many defendants have been denied their constitutionally guaranteed right to a fair trial in New Hampshire because prosecutors failed to disclose a testifying police officer’s propensity to lie.

There is no way to answer those and many more questions because of the secrecy surrounding Laurie issues in New Hampshire, unlike a handful of states where police discipline is considered public information.

The New Hampshire Supreme Court handed down the decision State v. Laurie 20 years ago. That case altered the landscape surrounding the state’s obligation to turn over exculpatory impeachment evidence regarding police officers testifying at trial, according to Concord Attorney James Moir.

“Since then, however, interpretations of this decision and implementation of its dictates have been sporadic, ignored and structured in such a way that much of what the Supreme Court had wrought was rendered meaningless,” Moir wrote in a history he compiled about the case.

Moir and Albert Scherr, now a law professor at the University Of New Hampshire School of Law, defended Carl Laurie at trial. Laurie was convicted of first-degree murder and sentenced to life without parole.

It was because Moir heard through the grapevine after Laurie’s conviction that prosecutors allowed a police officer who had been disciplined for dishonesty to provide key testimony against Laurie that led to the appeal in which the Supreme Court ultimately overturned Laurie’s conviction.

William Lyons, who then worked at the Attorney General’s Office before being appointed to a Circuit Court judgeship had called the Franklin police chief to warn him about the same officer – then-Det. Sgt. Steven Laro.

“If you had a homicide tonight in Franklin, I instruct you that Sgt. Laro not be involved in the case in any capacity,” Lyons warned. The state Supreme Court quoted Lyons in State v. Laurie.

Laurie, 65, is incarcerated at the state prison in Berlin. After his conviction was overturned, he pleaded guilty to a lesser charge with a minimum parole date of April 20, 2009.

But Laurie walked away from the North End Transitional Housing Unit in Concord six months before he was to be released and received an escape conviction, according to Jeffrey Lyons, spokesman for the Department of Corrections. He said Laurie will again be eligible for parole in 2025.

A number of news outlets have continued reporting on Laurie issues creating public awareness that is now demanding reform.

On Oct. 8 the Commission on Use of Police Personnel Files, which was created by legislation, will meet at 1 p.m. in Room 303 of the Legislative Office Building across from the State House in Concord. It is chaired by Sen. Sharon Carson, R-Londonderry.

On Oct. 9 the state Supreme Court will hear oral arguments about a Rochester police officer who wants his name taken off the Strafford County Laurie list.

On Oct. 13, convicted murderer Eduardo Lopez Jr. will argue why he should get a new trial because prosecutors failed to disclose before he was tried two decades ago that a Nashua police officer who testified against him had previously lied to his superiors.

So it seems a good time to update Laurie issues.

This week InDepthNH.org will publish a series of articles about the Laurie landscape today. We will report on several cases and include original court records and publications to provide as full a picture as possible given the secrecy involved in the system.

Police personnel files are confidential by law in New Hampshire. It is being debated now whether even prosecutors can peek inside them.

InDepthNH.org will offer all other news outlets free use of these stories as part of our nonprofit mission to increase the amount and quality of investigative reporting in New Hampshire.

I had no idea three years ago that this was New Hampshire’s small part in a big, albeit quiet national, scandal. It pits the rights of criminal defendants to all favorable, material evidence against the rights of police officers to keep their discipline confidential.

It was such a secretive process in New Hampshire three years ago that county attorneys refused at first to say how many officers were on their list as each one usually keeps only the names of officers likely to testify in their jurisdiction.

They refused to provide the names – and still do – saying they are protected by law.

With some prodding, a right-to-know request, and a decision by the Attorney General’s Office that the number of officers in each county could be released to the public, the New Hampshire Sunday News published a story on Oct. 6, 2012.

That was after much back and forth and no small amount of confusion among county attorneys trying to decide whether certain officers should be on or off the list and whether officers who had left the job should be kept on or off and for how long. That debate continues.

The Attorney General’s Office recently directed county attorneys to put Laurie officers back on the list if they had removed them after 10 years as directed in the 2004 memo written by former Attorney General Peter Heed.

The Heed memo as it is called is generally used as the rule book when it comes to Laurie matters in New Hampshire. (See Heed memo here.)

One county attorney early on told me his jurisdiction had never had a Laurie list or anyone who should be on one, although that couldn’t have been true because the state police with such a designation are supposed to be kept by each county attorney along with those from their own jurisdiction.

Three years ago, then-Assistant Safety Commissioner Earl Sweeney conceded state police had not been in full compliance with reporting officers with credibility issues to county attorneys and the Attorney General’s Office, but would certainly do so in the future.

Another county attorney told me that it wasn’t his job to go looking for dishonest police officers to put on a list when it is in fact an important part of the responsibilities of his elected office to do just that. All prosecutors are responsible for making sure defendants get their constitutional right to all material, favorable evidence.

That includes discipline buried in confidential police personnel files that could reflect negatively on an officer’s ability to testify truthfully, which could then be used by the defense to impeach an officer’s testimony.

As Moir noted in his history, a new law was passed in 2012 that is still not fully implemented causing more confusion.

Jonathan Abel wrote about Brady/Laurie issues around the country for the Stanford Law Review in “Brady’s Blindspot: Impeachment Evidence in Police Personnel Files and the Battle Splitting the Prosecution Team.”

Defendants on trial in Minnesota and some other states are more likely to benefit from their rights under Brady because police discipline is a matter of public record.

As Abel writes, the stakes are high all around and the tension very real.

“Suppression of this misconduct evidence can cost defendants their lives, but disclosure can also be costly,” Abel wrote. “It can cost officers their livelihoods.” 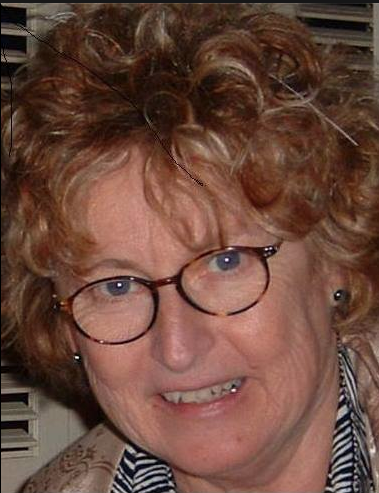 About InDepthNH: Nancy West founded the nonprofit New Hampshire Center for Public Interest Journalism in April. West is the executive editor of the center’s investigative news website InDepthNH.org. West has won many awards for investigative reporting during her 30 years at the New Hampshire Union Leader. She has taught investigative journalism at the New England Center for Investigative Reporting’s summer program for pre-college students at Boston University. West is passionate about government transparency. The New Hampshire Center for Public Interest Journalism is a member of the Institute for Nonprofit News, formerly called Investigative News Network, which is also InDepthNH.org’s fiscal sponsor. Cllick here to read about INN to learn more about the mission of nonprofit news.