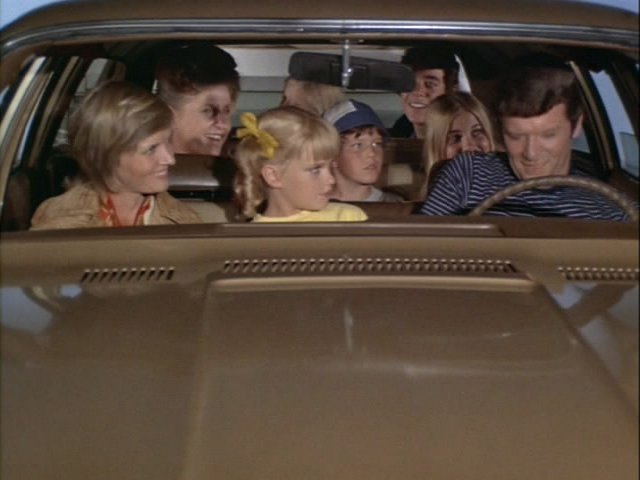 Here’s something not many people know about me: I possess an encyclopedic knowledge of the ’70s sitcom “The Brady Bunch[1].”

Obviously, there’s no way to prove this other than to allow people to pepper me with Brady trivia questions in person[2] so you’ll have to take me at my word.

And I know that it may seem very sad for a grown-ass man to still watch “The Brady Bunch,” but—to me, at least—it’s very true and very real. In fact, I experience a type of serenity while watching the show.

My strange infatuation with “The Brady Bunch” can be largely attributed to a childhood spent staring at a television set and watching ’70s and ’80s sitcoms[3] on syndication for hours on end.

But nothing sated my need for sitcom cheese like the gang at 4222 Clinton Way. After getting home from school each day, my sister Cara and I would watch an hour of “The Brady Bunch” on TBS then switch channels to watch it for another hour on two other separate channels[4].

Eventually, Cara and I began quizzing each other with questions about the show during commercial breaks. I would ask her the name of Marcia’s first boyfriend[5], and she would counter by asking me the name of Vincent Price’s character in the Hawaii episodes[6].

This would continue until the commercials ended, the universe settled, and programming returned.

Perhaps the strangest thing about my Brady Bunch obsession is that I never watched it ironically[7]. To this day, I genuinely enjoy the show for the said calming and soothing effect it has on me. Once I’m in a Brady-trance, the world slips away, my mind becomes empty, and everything makes sense.

When I watch Peter’s errant football pass smack Marcia in the nose before her date with “The Big Man on Campus” and resident uber-douche Doug Simpson, I know that there are cosmic forces at play. I know that her swollen nose will show Marcia the pratfalls of superficiality, and the lesson will be internalized and contribute to her already robust decency.

I know that regardless of my own flaws any Brady family member would push over and offer me a seat in the station wagon because the Bradys welcome everyone. They even welcomed their cousin Oliver Tyler[8] when his parents ditched him; they’ll sure as hell welcome me.

With “The Brady Bunch” on the television, I experience Zen[9].

(Or I’m trying to annoy my wife by blasting The Brady’s on television late-Friday night after indulging in a pitcher or two with my bar buddies.)

Either way, namaste, my friends. And remember we’re all The Brady Bunch.

[2] If you ask me the name of the Brady’s dog, I’m going to assume you’re not serious about The Brady Bunch or your questions. Everyone knows from the pilot episode, “The Honeymoon,” that the damn dog’s name is Tiger. Would you ask Ken Jennings who wrote “The Star-Spangled Banner?”

[3] Along with “The Brady Bunch,” I also watched “The Facts of Life,” “Happy Days,” “Welcome Back, Kotter,” “Diff’rent Strokes” and “Three’s Company” when my parents weren’t paying attention.

[4] TBS had odd programming times back then, and the shows would start five minutes past the hour at 4:05 p.m. This often meant we needed to weigh the episode that started at 5 p.m. on a separate channel with the one on TBS and make a tough decision to prevent unnecessary overlap.

[7] God, I hate hipsters for ruining irony for everyone else.

[8] Played by an extremely awkward-looking Robby Rist. Tyler, by the way, is also Carol’s maiden name, although her last name from her first marriage was Martin.

[9] I realize I often come across as a wise-ass but I’m being serious here.