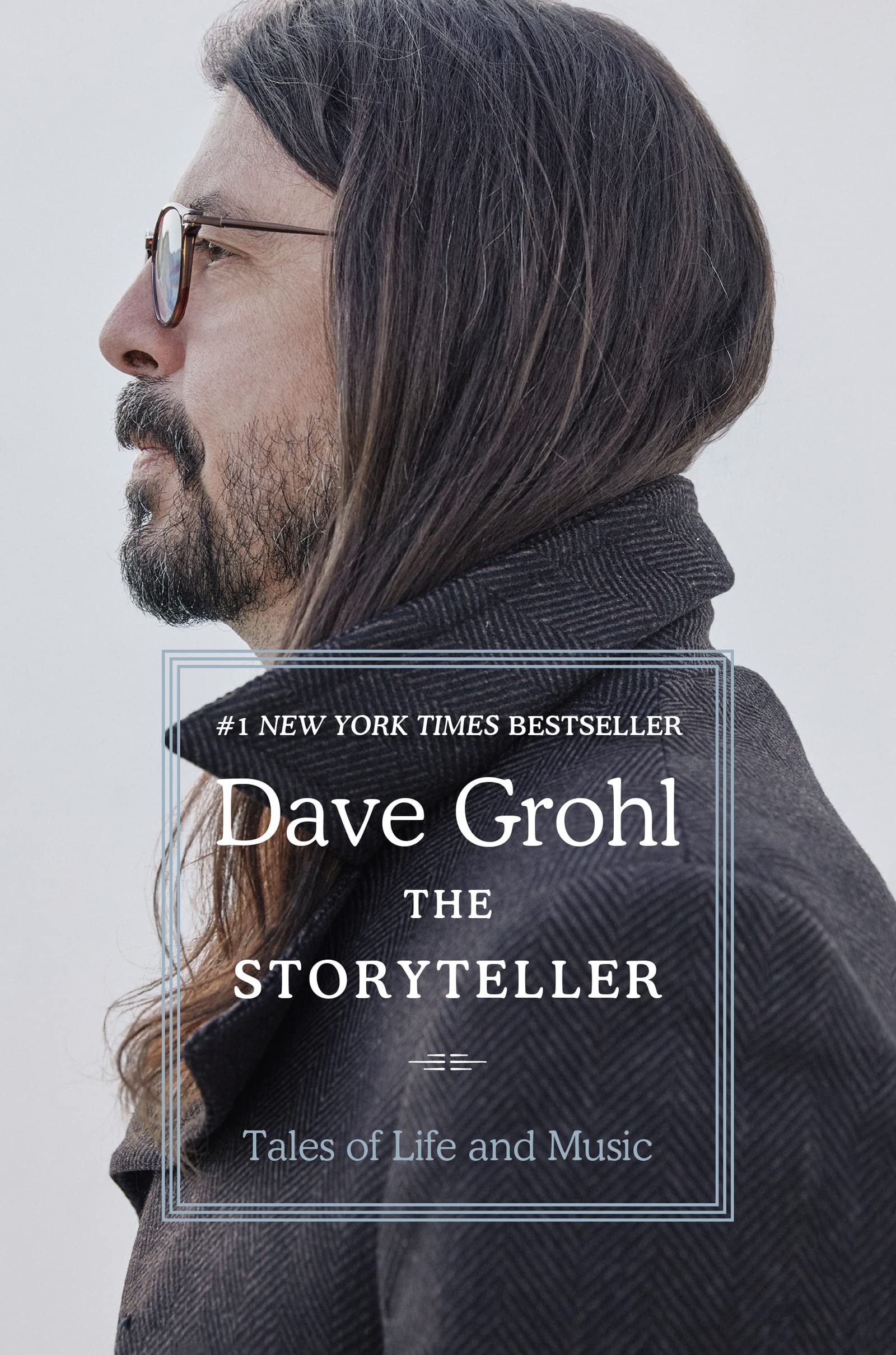 If the Ancient Greeks had invented a god of middle-aged Gen. X guys, his name would’ve been Grohl[1].

Perched on top of Mount Olympus, Grohl would look down with sympathy and concerns for those of us growing inexplicable hairs in strange places on our bodies while lamenting our loss of youth and poor life-decisions. “It’s cool,” the god named Grohl would say to his middle-aged brethren. “You’re good, man.”

Because Dave Grohl—the former-drummer for Nirvana and frontman for the wildly-catchy Foo Fighters—for many middle-aged Gen. X guys, like myself, is the epitome of cool, the quintessential “nice guy” in an industry notoriously inundated with scumbags, the type of dude we all wish was our best friend.

So one night after tossing back Bud Lights and blasting “Everlong” in my Man-Cave, I decided to purchase Mr. Grohl’s book “The Storyteller: Tales of Life and Music,” which he penned while quarantined. And while it’s not exactly James Joyce, it is certainly entertaining enough.

Like most good autobiographies, the book has the vibe of sitting beside Mr. Grohl on a couch as he honestly talks to you, proving that he is, indeed, an extremely humble and appreciative guy, who happens to know a bunch of really awesome people—i.e. Joan Jett, the late-Tom Petty, Sir Paul McCartney and Barack Obama, among others mentioned.

“It will always feel like I’m watching life from above, looking down at someone else’s fantasy playing out before me,” Mr. Grohl writes. “But it is mine, and it’s these moments when I try to be present, reminding myself that I am perhaps the luckiest person on earth to breathe the next breath that will lead me to the next adventure.”

As a reader, one wonders whether some of these platitudes are disingenuous, but for some reason, I give Dave Grohl[2] the benefit of the doubt.

These essays trace Mr. Grohl’s humble beginnings growing up with mom [3] in a Virginia suburb outside of Washington D.C., to dropping out of high school to tour the world with the punk-rock band Scream, to wandering to the West Coast and rooming with a guy named Kurt Cobain while joining a band that would soon be the biggest in the world.

“My life was forever changed by Kurt, something I never had the chance to say while he was still with us,” writes Mr. Grohl.

Sure, there are many cringe-worthy and cliched lines in this book—“Punk rock became my professor with no rules” or “You just have to fake it until to you make it”—and some of the saccharine sentimentality leave these rock-and-roll memoirs a distant note from Patti Smith’s “Just Kids,” but if decency matters at all these days[6], Mr. Grohl seems to have it in spades.

“What do we do now?” the middle-aged men of Greece would scream at the sky, shaking their fists and wearing togas with band names on the front and tour dates printed on the back.

“Be cool,” the god named Grohl would say. “And be grateful.”

[1] I fully acknowledge the fact that name has seemingly Germanic roots, but for the sake of argument, we’re going to run with this as Greek.

[2] He played in fucking Nirvana!

[3] Grohl’s mother Virginia Grohl spent her professional career as a high school English teacher, a noble pursuit in this writer’s humble opinion. Dave Grohl agrees, writing that “[his] job is nothing compared to [his mother’s] career as an educator.”

[4] Conspiracy theorists, don’t waste your time mining for answers here. Grohl doesn’t postulate at all on Kurt Cobain’s death. In fact, his suicide is barely mentioned, and Courtney Love’s name does not appear in this book.

[5] In, perhaps, his most refreshingly self-deprecating essay “Down Under DUI,” he reveals it wasn’t all great.

[6] Turn on cable news, and you’ll realize this is not simply a rhetorical inquiry.