It is hard to find anything good in the news, especially concerning medical care, in the COVID era. As a patient, there are times that I feel invisible to those around me. Harder still is the number of people I have grown to care for and found kinship with who also have CRPS (Complex Regional Pain Syndrome).

But something changed a couple of years ago. I started losing more people to suicide and assisted suicide and it terrified me to my core.

Laws in the state of New Hampshire were drastically changed in a misguided effort to cause less deaths due to the opioid epidemic. Illicit fentanyl has taken many lives, and that fear led lawmakers to limit all prescriptions and to put harsh rules into effect. Patients with incurable medical conditions were thrown under the bus by politicians wishing to make their mark, somehow changing the narrative to lump chronic pain patients in with street drug users. It became such a blindly led battle cry, that my state politicians told the world that there was never a reason someone outside of cancer needed life long opioids or pain control. Seeing those I had once respected and served with in the New Hampshire House of Representatives talking about medical needs as a choice people make and are not forced into became so overwhelming that I found myself physically ill. The madness of that thought and the lives it would end up taking in my state are staggering.

I have been known to cause political trouble, and this felt like the biggest battle I had ever taken on from the weakest I had ever felt in life, both physically and mentally.

In the summer of 2019, I went to an old friend who is still serving and has moved on to the NH Senate. Senator John Reagan had long been the champion of chronic pain and living with dignity. We became friends when we served in the House together. He and I worked on many bills, and since I left political life he has continued fighting. I went to him and spoke of the women in my breast cancer support groups who were denied their medication, and of those with CRPS who were told they would no longer be given medication. That pain care was a thing of the past and too much of a risk. Those laws put into place in a knee jerk reaction were now limiting care by law, but not by medically proven scientific needs. Politics had taken the front seat and patients were losing at a breakneck pace. If something was not done now, I worried if there would not be any pain care providers left in the state. So many were leaving or ceasing to see pain patients due to the risk of not only losing their licenses but going to jail for prescribing medication needed by someone like me with CRPS, the “suicide disease.” We talked about approximately 70% of CRPS patients who considered suicide or assisted suicide.

He and I went back and forth, and I shared with him story after story. I cried through telling him what it is like to have to sign a “pain contract,” pee in a cup with someone watching you, and go from a breast cancer patient with horrible outcomes to a suspected “druggy.” Because cancer won some of my battles, I felt as if I was being punished for surviving but not fully winning. Pain patients with horrific diseases were being denied care, losing access to care, and providers were willing to take care of their patients but then find themselves facing jail time.

All of this he could see as anyone who looked at the data could. The laws were causing increases in suicide as well as long-term care needs for those who could no longer care for themselves. These pain patients went from being able to bathe alone to needing help from another while sitting in a shower chair. We all simply want the ability to go out for a couple of hours even after spending just as many dressing up to meet a friend and feel human.

It was hard sharing with him details of going to a local emergency room and being made to feel as if I was scum and “faking” my horrific flare up of CRPS. How I was made to lay in a bed while they refused when I asked them to de-access my chest port, or them refusing to treat my flare-up. (See, I had a salve on my government-mandated prescription list database and this brilliant emergency room doctor thought the 15 or so ingredients in this compounding cream were given as individual drugs orally. He believed that I was taking them all by mouth, a white nasty salve that I rubbed into my muscles. He refused to hear any evidence to the contrary and humiliated me in front of loved ones and friends.) I told Senator Regan how this one doctor scared me so badly that I asked my primary for a DNR, said I would never go again, and that I was done with treatments. I am here today because of those who did not give up on me and worked to talk me into trying ketamine infusions. Today I share this and other stories openly to stop the senseless loss of life created by both the well-meaning, and the downright idiocy, that exists in politics, and how they can end lives or create them with a stroke of a pen. A dismissive and bad doctor can end a life without even trying.

The hardest part for me was going back into those halls and putting my life on display while I begged them to change the law before it was me looking at assisted suicide. When Senator Reagan presented the bill he has worked so long and hard on, all eyes fell to me when he said he did the bill because of me. He then invited me to join him at the table and share with them what I had told him about the lives of people with CRPS. We were able to prove to the legislature that not only did we need pain patients protected, but that there should not be a limit on medications. (Suggestions fine, but no hardline limit.) I felt as if they listened to me more because I am not currently an opioid patient, but I had been, understanding that no one knows if ketamine infusions will work for my lifetime. That doctors should and are now encouraged to take care of their patients and prescribe as needed to extend every life possible. We told pharmacists that they have to fill the scripts which doctors tell them to, but they can verify with the doctor, just not flat out refuse. Most importantly, we put in law which mandates that chronic pain patients shall be treated with dignity by all medical professionals.

New Hampshire has taken the punitive nature out of law as it pertains to people who are holding out hope for a cure. Now the legislature knows that cancer is not the worst pain, and what CRPS is and does to men, women, and children across our nation. We hope that New Hampshire will serve as a gold standard of pain care for those suffering from incurable painful ailments and that in so doing we are also raising awareness for the need to find treatments and cures for CRPS. 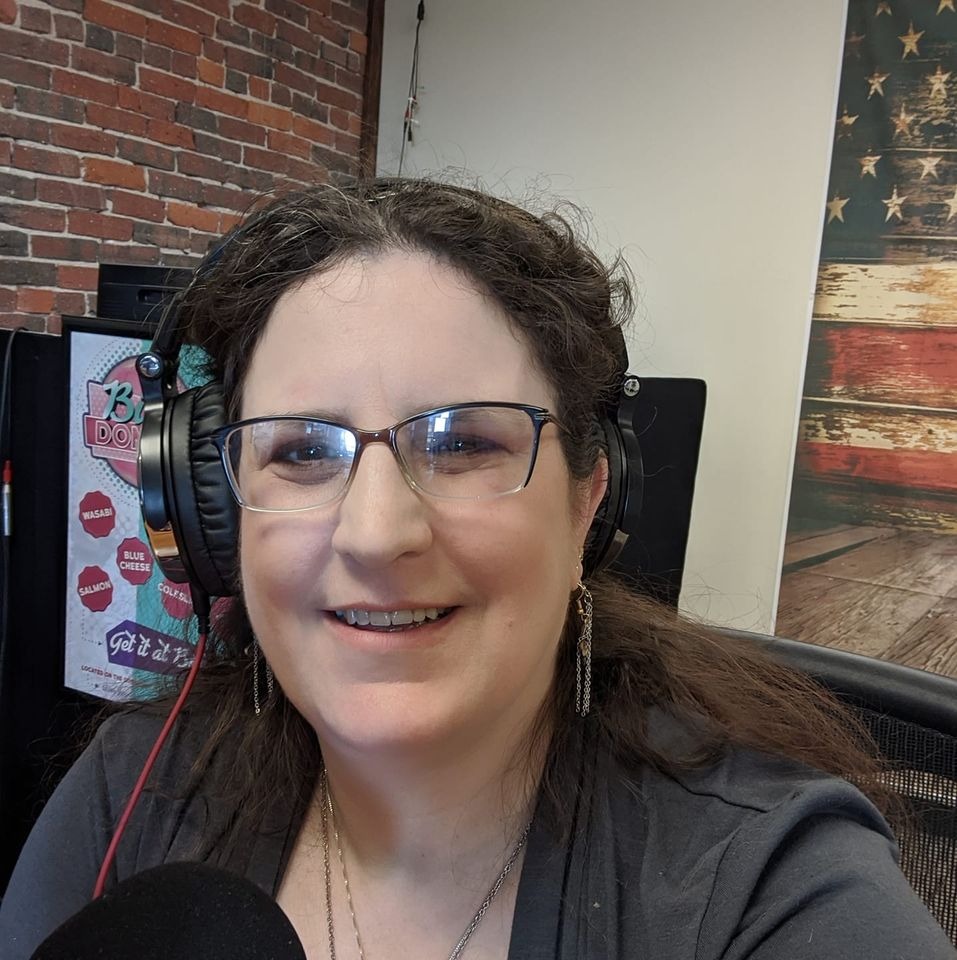 Jenny Lesogor-Coffey is a former New Hampshire State Representative, retired EMT and two-time cancer survivor, discovering what happens when you are living with rare complications from breast cancer.