The July 25, 2021, editorial from the Union Leader (“History lives! New state law OK’s it” ) claims that the “divisive concepts” language in the budget “is little more than a reminder of Jefferson’s words that all men are created equal.” In celebrating that “history lives,” is the Union Leader ignoring the fact that not all men (or women) were equal in Thomas Jefferson’s time? We know what Jefferson’s words meant by examining his actions, and the actions of government, in that period.

There are two American traditions we can do without: worshipping the Founding Fathers like they were omniscient gods, and pretending that our country has always provided the freedoms that so many have had to fight to hold for themselves.

In fact, the Union Leader’s editorial, in misrepresenting Jefferson’s legacy as being one of profound freedom and not slave ownership, is precisely the type of erasure of factual American history that is sought by the “divisive concepts” language in the budget — to suppress the reality that America has not always been the Land of the Free.

Our country has, however, always been the Home of the Brave — the countless people who insisted on claiming for themselves the very rights that were denied to their ancestors by the Founding Fathers. 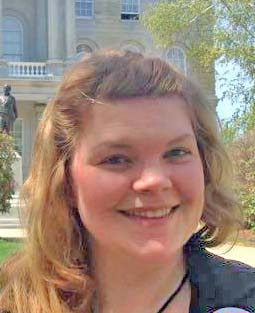 Amanda Bouldin lives in Manchester with her husband Andrew, daughter Sophia, rescue dogs Maxx and Jack, and rescue cat Whitey. She has served as State Representative since 2014 and is the President of Shire Sharing, a nonprofit organization that provides Thanksgiving meals to needy families in the Granite State.