As we celebrate Pride Month, I believe that it is important to reflect on the incredible strides we’ve made as a community. As a lifelong Granite Stater and an openly gay man, I’m so proud of the progress we’ve made in the past 30 years as a state and within our community. Having started working within the community in 1985, I’ve been able to witness the transformation that Democrats have been able to make here, and it makes me immensely proud.

For starters, Granite Staters have elected a large volume of LGBTQIA+ leaders. New Hampshire has more transgender elected officials than any other state government, and we have consistently had the largest legislative LGBTQIA+ caucus in the country. In our State House, we have Representatives Gerri Cannon, Lisa Bunker, Stacie-Marie Laughton, and Joshua Query, who are transgender or gender non-binary. As one of the first openly gay representatives in New Hampshire, seeing the growth and the success of our state legislative LGBTQ Democratic Caucus is more heartwarming than I can put into words. We have many more transgender or gender non-binary elected officials holding local offices and leading their communities. Thirty years ago, I couldn’t have imagined this future in my dreams.

Our Congressman, Chris Pappas, is one of only 11 openly LGBTQIA+ members of Congress, and continuously breaks down barriers for the community. When he was elected, he overcame a downpour of hurtful, homophobic attacks, but that didn’t stop him. Being represented in Congress by another openly gay man is, again, something I couldn’t have imagined 30 yaers ago.

Nearly 12 years ago, we were the first state to legalize marriage equality without a court order. In 2009, New Hampshire’s Democratic-controlled State House led the charge in legalizing gay marriage the state, only mere hours after the state Senate approved the legislation along party lines, with Democrats in favor. Democratic Governor John Lynch, proudly signed the bill, which made New Hampshire one of the first states to legalize same sex marriage.

This is what we worked so hard for all these decades. As a child in the 1970s, I never even fantasized or dreamed of getting married, of having kids, of having job protection, of being able to be open and in politics. I never dreamed that I would be anything but fearful and need to hide. Now, seeing how far we’ve come, I’m overwhelmed with emotion. I know that this generation of LGBTQIA+ youth will only build upon this progress, and the future for all Granite Staters will be brighter because of it. 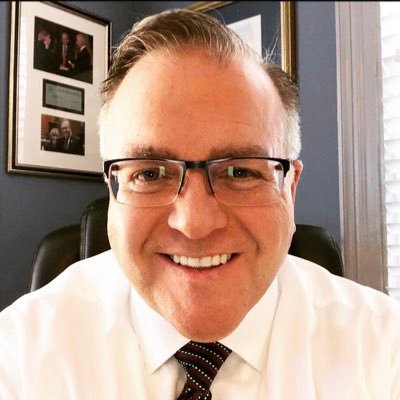 Ray Buckley is the chairman of the NH Democratic Party.