Criminal justice reform has become both a popular and bipartisan topic in recent years, or at the very least, a hot talking point that garners easy public support. Both Presidents Obama and Trump moved to decriminalize and de-carcerate non-violent offenders, regardless of how accurately their promises and press conferences mirrored the promised intent.

Now in the Granite State, we have the chance to walk the walk—and by that I mean quite literally allowing duly processed, paroled offenders to walk out of their cells, back into society, and off the tax payers’ tab, as quickly and responsibly as possible.

House Bill 598, sponsored by NH Representatives Harriott-Gathright, Abbas, Klee, and Newman is an opportunity that would require prisoners be granted parole hearings after serving no more than 50 percent of their mandatory minimum sentence.

Currently 20 percent of the 2,441 people who reside in the New Hampshire prison system have been either treated or incarcerated for alcohol or drug-related offenses. An additional 50 percent of males incarcerated return to prison before they die. 70 percent of the current homeless population has spent time in jail, and however fluid, a substantial percentage of the homeless population, perhaps higher than 10 percent, are veterans of the US military.

I’ll spare you more stats, but do the math. Make your own inferences as voting members of our supposedly free state, and country. Poverty, incarceration, and mental health are co-morbidities in our society.

The statue of liberty famously tells us, “ give me your tired, your poor, your huddled masses yearning to breathe free,” it doesn’t say to lock them up and throw away the key. These are our children, our parents, our neighbors and family members, our troubled, and yes, sometimes our fallen heroes.

We should do more than honor people with biannual parades or government focus groups. Let’s put some faith in the people, the parole board, and trust their process. We are fortunate to have both an extremely competent director and team running the Department of Corrections in New Hampshire.

Let’s get these folks out, recovered, healthier, and maybe even back to work. After all, genuine rehabilitation, preventative healthcare, and education are both cheaper and much sounder investments than jails. They invest in the future, rather than paying down past debts.

As easy as it is to become cynical and distrustful of government, leaders, political parties, whomever it is we fear, there is much greater value when we identify rare, apolitical solutions— in this case, saving taxpayer dollars, offering compassion to those who deserve it, and taking steps to solve the problem of recidivism in our criminal justice system.

Please call or write your local representatives to pass this common-sense legislation.

Beg to differ? Agree to disagree? Your thoughtful prose on topics of general interest are welcome. Send submissions for consideration to publisher@manchesterinklink.com, subject line: The Soapbox. 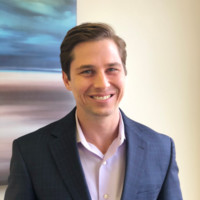