When Fred Astaire and Gene Kelley idolize you, you must be doing everything right.

In 1943 two brothers performed a three-minute tap dancing number, setting the big screen on fire.  Described by Fred Astaire (learn more about Fred Astaire here) as “The best ever put on film,” it was the first time Fayard and Harold Nicholas performed the routine. It had not been rehearsed, yet it was filmed in one take. The duo performed a dance style called “flash dancing” that incorporates acrobatic athleticism with a distinct technique all their own. Fayard, at times, conducts his brother’s movements, with expressive hands, much like that of a magician.

“He’s like a poet when he is talking to you with his feet and hands,” Harold once said of his older brother and mentor.

They slide into splits three consecutive times as if the soles of their shoes are oiled, and raise to their feet without effort, seemingly supported by marionette strings. They glide up a set of oversized stairs and, as Gregory Hines says while blatantly starting into the camera, “Then they come down.” No spoilers here, this is a routine you must experience for yourself.  Needless to say, given Fred Astaire’s celebrated dance career, his expert opinion is correct. 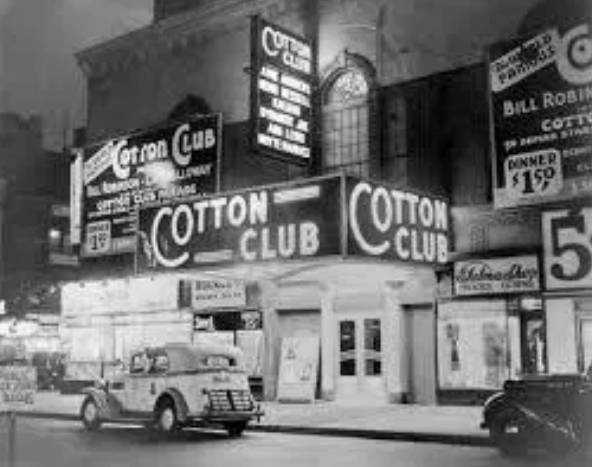 Fayard, the elder of the duo, learned to perform by watching acts in the theater where his encouraging college-educated parents were pit musicians. He taught his younger brother Harold, and they first performed at the pinnacle of venues for top black performers, the Cotton Club in Harlem in 1932. Their show-stopping performance was so sensational, other acts refused to follow them, and as a result, they became the last performers of the evening. The Cotton Club was an all-white patron club with black-only performers. Artist such as Bill Robinson, Lena Horne, Ethel Waters, Cab Calloway, and Duke Ellington performed there. Acts were not permitted to mingle with the white-only audience they entertained for, however, the Nicholas Brothers were an exception to this rule.

“The most amazing dancing I have ever seen in my life…ever.” – Baryshnikov

Per usual with their unparalleled talent, the Nicholas brothers made their Hollywood debut with the Goldwyn movie studio in the 1934 film, Kid Millions. While in Hollywood, they met Fred Astaire. The three performed an impromptu time-step together and became lifelong friends. In 1936 famed impresario Florenz Ziegfeld, who also contracted Bert Williams in 1910 as the first black headliner of an all-white show, contracted the brothers for the Ziegfeld Follies Revue. Their choreographer, George Balanchine – known as the Father of American Ballet – was astounded by their agility and inquired if they had been previously trained in ballet. 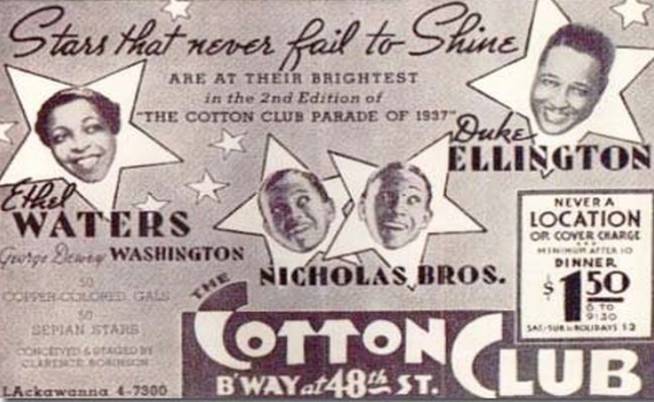 In 1939 the brothers embarked on a South American tour performing with Carmen Miranda. (Catch up on Carmen Miranda here:)  Later, both they and Carmen were billed in Fox’s 1940 film Down Argentine Way. At the premiere, after their dance scene, movie house patrons clapped their hands, stomped their feet, and shouted. The projectionist replayed the clip for an electrified audience. Their 1936 Lucky Number Seven sequence closes with a handshake, suspiciously similar to another handshake 10 years later, ending the only dance sequence between Astaire and Kelly in the MGM Technicolor film, Ziegfeld Follies (more on the Great Ziegfeld here.)

Although their performances were show-stopping, inevitably, they faced racial truths. In the films where they performed, as with most films featuring black performances, their numbers were easily eliminated in order to cater to southern audiences.  Until studio mogul Darryl Zanuck’s influence, they were not allowed to eat in the commissary and were relegated to leaving the studio lot for lunch. When a white nightclub owner attempted to rub Fayard’s head, a held-over tradition of slavery, Fayard defiantly refused his advance.

Their last movie performance together was 1948 with friend, fan and fellow hoofer Gene Kelley (read more on Gene Kelley here)  in the MGM film, The Pirate. When their career cooled in the United States they traveled abroad to Europe where they found renewed success.

Unfortunately, their private lives were not as successful. Notoriously unfaithful in their marriages, both had relationships that ended in divorce. Harold married and divorced Dorothy Dandridge most famous for her role as Carmen in 20th Century Fox‘s1954, all-black operetta film Carmen Jones.

The brothers’ career as a dancing duo saw a resurgence during the 1980s partly due to their recognition from the tap dancing artist Gregory Hines. In 1989 Harold replaced Hines in the Broadway show, Sophisticated Ladies, garnering rave reviews. The same year  Fayard received a Tony for choreographing the Broadway play Black and Blue and in 1991 the brothers received the Kennedy Center Honors.

Top Hollywood dance performers were well aware of and admitted to the Nicholas brothers’ accelerated genius, and although Gene Kelley danced alongside them, the choreography was clearly altered, with less gravity-defying physicality, ensuring the star was not upstaged.  During interviews, in looking at one another, their connection is apparent. It seems they enjoyed each others company so, that each happily anticipates the other’s laughter, resulting in a symbiotic exchange, clearly witnessed in their unspoken instinctual conversation through dance.