Like many Americans, I watched the vice-presidential debate on Wednesday night, and when the fly landed on the flat screen, I got up from my seat to swat it off.

I must’ve missed it the first time so I swung at the little bastard again with a little more vigor, a mild irritation.

“It’s not moving, Dad,” said my 17-year-old daughter Paige, who was assigned to watch the debate for her AP Government class.

Meanwhile, my wife sat on the couch next to our daughter, grimacing as she does anytime a Republican opens their mouth.

I backpedaled from the television, taking off my glasses and squinting at the screen. Then it dawned on me. “Holy [expletive]! Does Mike Pence have a fly on his head?” I asked.

“I think, I think it’s a real fly, Dad,” Paige said, covering her mouth with her hand.

Then I looked at Paige and back at the television. The fly remained on the screen, motionless in its nest of gray Pence hair. I turned to my daughter, and we locked eyes then immediately burst into inexorable laughter—the kind of belly-laughter that feels like the relief of a sneeze.

And we kept laughing, we kept hawing—boisterous bellows of hilarity. We held our stomachs and pointed at the fly, tears streaming from our eyes.

This was a catharsis, a healing. This was a validation of the old saying that laughter is the best remedy to anything that ails you.

Make no bones here, we’ve been living through dark times. This pandemic has taken the lives of over 210,000 of our fellow Americans, decimated the economy and rendered American schools into something unrecognizable. This pandemic has left us weary, chew-toys of attrition.

And I won’t even get into the tensions over racial injustice, or the divisiveness of a political system that threatens another civil war and turned family and friends—who could once agree to disagree—enemies of one another. 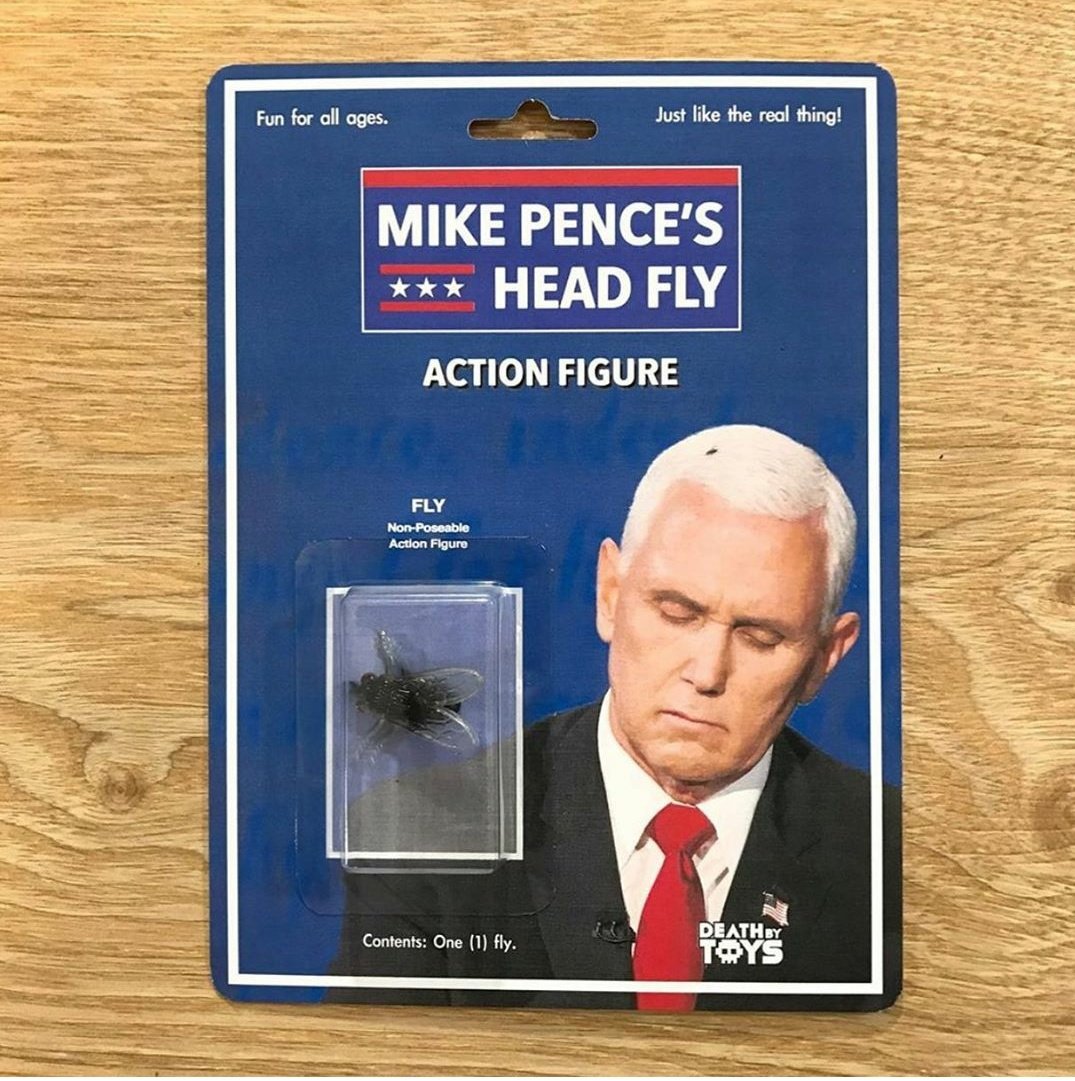 All of that sucks.

But those two minutes of slapstick—a fly landing on a man’s head—felt fated. It was as if that fly was sent to remind all of us of gentler days, when we could laugh; as if it was winking at Americans with its 6,000 eyes and saying, “Have a good haw, but this is going to be alright.”

My daughter and I must’ve laughed for 20 minutes, a visceral release of stress and fear and despair and all of these base emotions that have corroded our souls since March. It was one of the best laughs I’ve ever had.