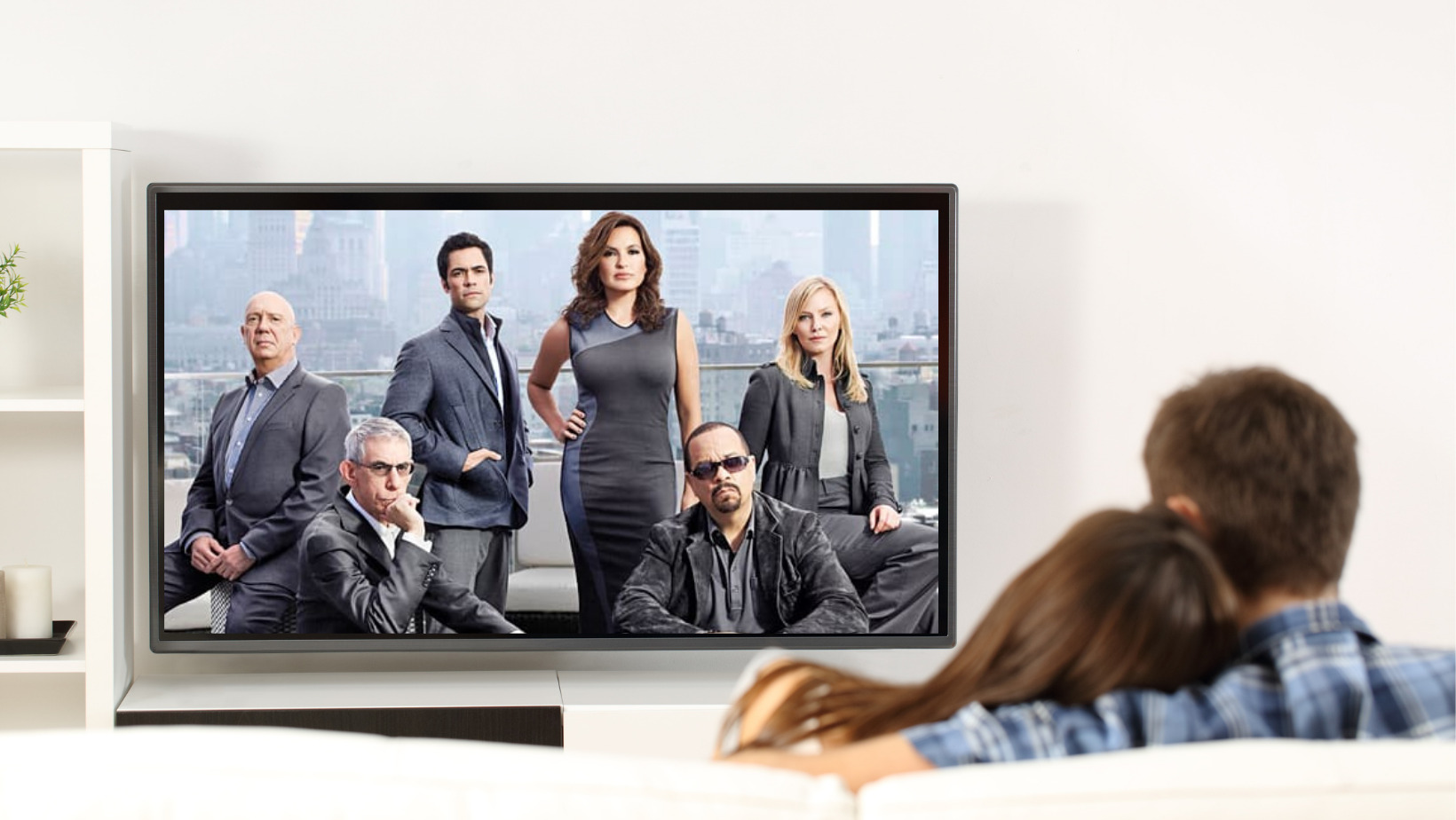 It’s a late-Monday afternoon in October. Outside, the rain drizzles down as the sky darkens, overcast and gray. My wife and I both woke at 6 a.m., worked a full-day, and now we’re preparing for the second half of a Monday tradition we’ve recently cooked up.

We change into comfortable attire—a combination of flannel pajama pants and oversized hoodies—grab the fleece blankets from our bed and assume our positions on the parallel couches that face the flat screen mounted above the fireplace.

“Affirmative,” I say and lift it in my left hand to show her.

And this kicks off what we have affectionately termed Do-Nothing Mondays (DNM). The rules are simple: We work our weekday jobs[2] then come home and do absolutely nothing but binge-watch SVU and eat pizza until we retire to bed around 10 p.m.

We’ve really embraced the day, and it has managed to assuage Sunday Night Dread, knowing Do-Nothing Monday waits on deck. The dawn of the DNM has spawned from a couple of factors.

First, after two decades of driving our children around to various activities or attending said activities, we have finally broken from those manacles. Our oldest now has a child of her own[3], our middle daughter left for Boston College in August and our son now has his driver’s license and a car he bought himself[4].

For my wife and me, our newfound freedom can only be appreciated through the age-old art of indolence. We do nothing on Mondays simply because we can.

Then there’s the larger, global act of defiance tethered to the DNM. In the United States, in particular, there is a baffling tendency to venerate being busy.

For the past half-century in America—at least—having a relentless stress-bombed schedule that keeps one constantly moving and working without down-time is viewed with honor and admiration, as if we’ve returned to a Puritanical loath for relaxation.

If the COVID-19 quarantine taught us nothing else, it was how to step back and breathe again. Of course, as the quarantine wore on, stepping back turned into a claustrophobic nightmare of too-many days in hoodies and flannel pajama bottoms, which turned into colossal ennui.

But there are some people who clutter their schedules only so they can lament to others about “how busy” they are. Somehow, they falsely equate “busy” with “successful” and “happy,” and they become martyrs for the “busy” lifestyle.

There’s the old saying that no person, on their deathbed, whispers as their dying words: “I wish I had worked more[6].”

There might be some wisdom in this, and some mirth to be mined out of Do-Nothing Mondays.

It’s nearing 10 p.m., and we’ve just finished our fifth episode of SVU. My wife and I both have to wake up at 6 a.m. and do it again in the morning.

“Do you want to watch one more episode?” my wife asks.

I hesitate then lift the remote and point it at the television, clicking “yes” to the request on the screen asking me if I want to watch the next episode.

“Sometimes doing nothing is exhausting,” I say.

[1] This refers to the television show Law and Order: SVU (Special Victims Unit). The show has been running approximately 106 years and recently started a new season, which sadly seems to be bringing the series to close after more than 500 episodes.

[2] I fully acknowledge that not everyone can fit— or afford— a DNM in their schedule. It’s taken us two decades to get here.

[3] Younger parents: When you hear older people tell you that the grandparent-gig is the best of both worlds, where you see the kids then they leave, they’re not lying.

[5] Think about the stigma attached to marijuana-users. One of the ways opponents demonize the drug is to associate weed with laziness, the most odious of abstractions. The subtext is pretty clear.

[6] I don’t know this for a fact. Perhaps there are a few Type-A “work-a-holics” who said that exact phrase as they went gently into that good night.