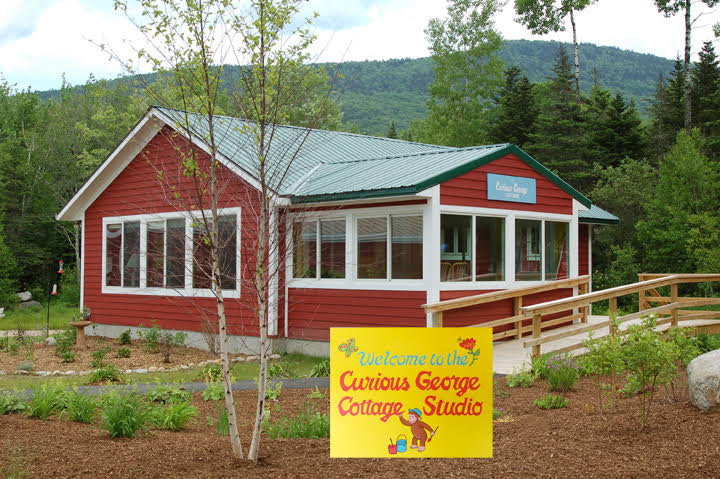 Officials in the well-known recreational community of Waterville Valley voted unanimously on April 14 to allow a small preschool to operate at the Curious George Cottage/Rey Center on weekdays, which will limit public access to the local landmark.

The program, limited to six children at a time, would operate on fees of $800-900 a month paid by the handful of families.  There are currently five families expressing interest, according to information from a Waterville Valley Selectmen’s meeting.

The Curious George Cottage and Rey Center was the former summer home for Margret and Hans Rey, creators of a well-known literary monkey, Curious George.  The Reys escaped from Germany during the Nazi occupation and relocated to the United States where they wrote a series of books focused on the adventurous monkey.  Curious George was so popular that the couple turned that success into a wide variety of linked items.  The Curious George store in Harvard Square in Cambridge, Mass., was an icon for many years.

The Reys, now deceased, sold their cottage to a couple who then donated it to the town of Waterville.  Working in collaboration with the estate of the Reys, the town had turned the cottage into an educational and historic center with a variety of indoor and outdoor programmatic offerings.  All families and individuals were welcome at the Center and free to explore its treasures and trails.

Recently, however, a small group of Waterville Valley families made a proposition to the Center’s director, who then made a proposal to town officials.  In return for a monetary payment, the families requested that only they and their children, totaling no more than six, would have access to the Cottage and Center during weekdays.

Instead of a town facility offering programs that are open to all members of the Waterville Valley community and the general public, Waterville Valley officials have chosen to let five families set the agenda in return for a monetary payment.

I was not informed of the breadth of this proposal until after its presentation to the select board, likely because those in charge at the town knew what I would think about this plan to limit free access.

Selectman Margaret Turner, who made the motion for approval of the proposal, said during the board meeting that in the 1990s Margret Rey donated $35,000 to help retrofit the cottage to serve as a preschool.

“It’s like reverting it to a previous use,” Turner said, following a question from a member of the public about whether the endeavor would be a money-maker. The selectmen said it would be a revenue-neutral endeavor.

As a longtime friend of the Reys and caretaker of their estate I challenge Selectman Turner’s statement as untrue.

Despite the unanimous vote during last week’s meeting, the town and the estate have brought in their attorneys to try to negotiate a settlement over a plan that does not fulfill the intended purpose of the Curious George Cottage/ Rey Center.

Lay Lee Ong is a supporter of the Cottage and Center and a representative of the Rey estate.