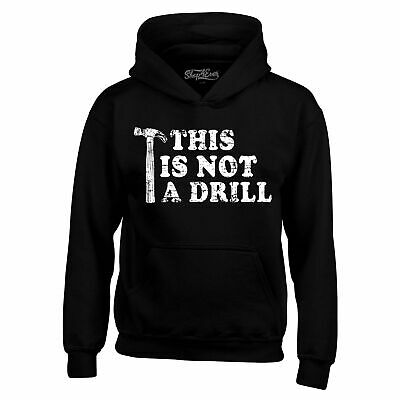 If the masochistic urge to set off a panic attack ever strikes me, I have an infallible method of triggering it.

I’ll go to The Home Depot.

The Home Depot anxiety extends far beyond the sheer enormity of the place, or the fact that you could roam the building for the rest of purgatory, searching for a specific drill-bit or a certain-sized washer. My unreasonable fear of The Home Depot is rooted in a darker place of shame, buried with my own betrayal of the American male paradigm.

The ugly truth is that I’m not a handy guy. Actually, that’s putting it kindly. I’m a gimp with tools and can barely drive a nail through a board. In terms recognizable to “Seinfeld” fans, I’m the Bizarro Bob Vila.

Before resigning myself to this truth and accepting the fact that I’m useless as a handyman, I endured many uncomfortable conversations in a variety of backyards and bars, drinking beers with the guys, and praying no one would ask me for an opinion about a shed that was being built, or an engine in a car or a lawnmower.

It always felt like these skills should’ve been hard-wired in my DNA. This was hunter-and-gatherer stuff—survival of the fittest. And if Darwinism was the case then I’d surely be dead.

Instead of trying to fix the leaking pipes in the bathroom sink, I’ll call a plumber then write some poems. I couldn’t emasculate myself anymore if I tried.

But I’ve accepted my role as Bizarro Bob Vila.

One of the nice things about getting older is that I’ve become more accepting of my limitations, and I see them with a little more perspective. While I realize that these stereotypes are usually rooted in some reality, they can also be toxic and limiting.

It’s equally ridiculous to believe that all men should know how to use tools as it is to believe that all women should know how to clean a house or raise a child. While it’s generally true that some men are probably more predisposed to knowing how to fix things, some women can also wield a wrench with the best of them. And while many women are gentle and domestic, there are tons of dudes who are great in the nurturer role, too.

As I get older (I’ll be 46 years old this month), these gender stereotypes start to feel more and more archaic and, at their worst, they’re petty and offensive. I’m not at all advocating for political-correctness. In fact, I believe it’s stifling. I enjoy dark and offensive humor a great deal, but not when it’s cheap and predictable.

Nowadays, I’m still more than happy to sit around a backyard on hot day and pound some cold ones with the boys, but I’m also not ashamed to tell anyone that I don’t own a nail gun and I’m not entirely sure if I have Phillips head screwdriver in the house.

And they’ll all nod, knowingly.