Some really bad, terrible things were recently done to me — and I don’t mind using the passive voice here because this is no fault of my own, rather completely the fault of a fraudulent system, rigged … against me.

You may have read in the fake-news New York Times or some other crooked media source that Colson Whitehead won the Pulitzer Prize in Fiction for his completely low-energy novel — I couldn’t even make it past the liner notes, it was so bad — “The Nickel Boys.”

You may have also read in articles by other sloppy low-rating fake news places that Charles Yu won The National Book Award in Fiction for his dull and sleepy novel “Interior Chinatown.”

The fake news media is refusing to report that my book, “Fly Like The Seagull,” actually won both awards — and many other really huge awards that most people have never heard of because they’re only awarded to people with big brains — but all of the votes that many great people on the selection committees cast for me were tossed out or ignored.

In fact, many people have reported seeing ballots for Nate Graziano’s “Fly Like The Seagull” for both awards floating in streams, being snacked on by trout stacked by the Deep State in rural Pennsylvania.

Did you also know that a whole row of dead people in a cemetery in Tombstone, Ariz., voted for Yu and his boring book, which I also didn’t read? I’m not a big reader; I’d rather watch television. You probably didn’t hear about it. Why? Because the fake news didn’t report it.

Terrible stuff. These are some really bad, bad hombres.

Someone should really ask the lightweight staffers on both prize committees, who probably aren’t even Americans — I’m just saying — ask them what happened to those ballots. I also heard that the North Koreans air-dropped ballots for Whitehead into The Green Mountains in Vermont, and they were transferred to New York City.

But we all know I won. I’m the real winner. I wrote a tremendous book, a book that nobody could write as well as me, and everyone knows I wrote it, and it’s tremendous.

Currently, my attorney Dr. Rob Azevedo, Esq.— who also has a Ph.D. in Mayan History, a great guy with tremendous hair, beautiful hair — is filing lawsuits with the Merrimack County Court, the New Hampshire Supreme Court and the United States Supreme Court to make sure that the decisions are overturned and the courts, not the literary community, award me my prizes.

Dr. Azevedo will also hold a press conference in the alleyway behind the Hannaford’s on Hanover Street really soon and answer questions from Fox News, Newsmax, The Wall Street Journal and One America News Network — the only places who have the courage to tell the truth.

In the meantime, everyone knows the real winner is me. And my book is a tremendous accomplishment, unlike anything any writer since, maybe, Sophocles or Abe Lincoln, has ever done.

While there are some other things happening in the country right now — I hear some people are still getting sick from the China Flu — there is and has never been anything more important than me and my accomplishments and my fragile little ego.

Does that make me seem small? Did I ever show you my huge hands? No one has hands bigger than me. I’ve been told I have tremendous hands, the best hands — even when they’re empty. 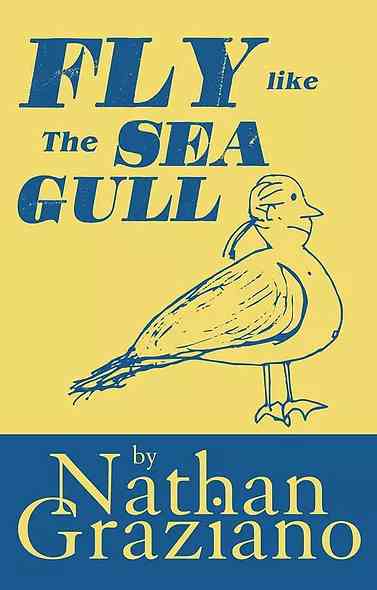 My tremendous book is for sale here.