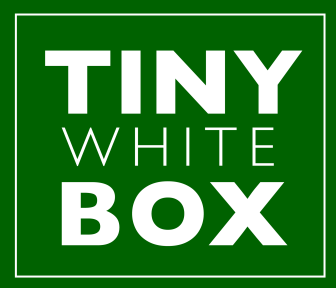 I really like Christmas, but I know not everybody does. One group that Christmas can attack with a vengeance is people who are early (for this, let’s say 1 day to 2 years) in their recovery from drug and alcohol abuse. Another group in danger is folks who are solidly recovered and at an intermediate point, say 2-10 years. A final risk group is those people with 10 or more years of recovery. In short, Christmas/New Year can be a hell of a hard time for anyone who’s discovered the joys of use and the sorrow of addiction. Non-addicts may have a hard time understanding why this is so, so let me talk from my own experience.

Feelings are really scary things for all of us. They come out of the blue and fill us with positive or negative juice, fill us or empty us of ourselves. I learned a long time ago how to control this random influx of emotions – I drugged and drank. When I was afraid feelings might be on the horizon, I reached for beer, wine, whiskey or, later, mouthwash, and experienced true ease and comfort once I got three drinks in me. This feeling I was on top of the world, six feet tall and bulletproof, might only last for 20 minutes or 20 seconds, but it overrode the complexity of natural emotions. Once that initial rush was over, as long as life was going as it should, I would have enough additional alcohol in my system to achieve numbness. It was an easy connect-the-dots: imminent feelings connects to drink connects to euphoria connects to more drink connects to numb, a pattern I followed for years. Even at the end of my drinking, homeless and hopeless, I still felt that surge when I got the right amount of stolen generic mouthwash in me.

When I got sober, I had to figure out ways to manage this whole process without the drinking steps. For non-alcoholics, that’s part of growing up, part of learning how to be an adult. For me, at 47, that seemed insurmountable at times. Luckily, as soon as I’d detoxed off alcohol I was introduced to a program of sobriety that remains central to my life. Through friendships with other recovering drunks, a strong relationship with a man I respected and lots and lots and lots of listening at meetings, I learned how to do slowly what booze had enabled me to do immediately, only now I was experiencing feelings instead of painting over them.

Which brings us to Christmas and New Year’s, a one-two punch filled with feelings. To a drunk, the fear of feelings doesn’t differentiate between joy and terror. When I see a bear in the woods, I don’t try to identify whether it’s black or brown, male or female, well-fed or famished – I flee. Same with feelings. The fear I hadn’t bought enough or the right Christmas presents? Drink. The painful nostalgia of childhood Christmases? Drink. The joy of watching “It’s a Wonderful Life” or “A Christmas Story”? Drink. The upcoming party to celebrate the New Year? Drink. The sense my life wasn’t adding up to anything, as evidenced by the nothing I’d accomplished looking back? Drink. The excitement of waiting for midnight? Drink. Every oncoming feeling could be avoided by drink – until I got sober. Then, like a boy raised in a bubble and released, I was faced with viral emotions and an immune system that had no way to process them. It took a few years for the holiday season to lose its ability to bat my sober gyroscope around, for me to learn how to deal with each second as it came and as it went. Luckily, for those years – and ever since – I had the emotional support of an Alcothon – first in Nashua, then in Manchester.

Alcothons, the things that helped me save my sobriety, are 24-hour meetings for drunks in recovery. Typically, they run from 7 p.m. Christmas Eve to the same time Christmas night – the prime hours for alcoholics who are just keeping their noses above the waves to whisper a quiet (or loud) “F” it – and take a drink. Instead of giving in to that self-destructive drink, though, the recovering drunk can be surrounded  by others who face the same struggle, and we swim together instead of drowning alone.