Story Produced by The Concord Monitor, a Member of

CONCORD, NH – Gov. Chris Sununu is refusing to release records related to the sale of the former New Hampshire Department of Transportation property in Concord, claiming that correspondence between his office and the agency can remain secret because of his executive privilege.

The New Hampshire Supreme Court has never ruled on the limits or merits of executive privilege, a legal concept that does not appear in the state constitution or in state law, but will be hearing oral arguments next week in a case that could test it for the first time.

Sununu denied releasing to the Monitor a series of emails that deal with the sale of five moldering state-owned buildings between Loudon Road and the Concord Coach Bus Terminal, visible to highway drivers entering downtown Concord from I-93.

In June, the NH Department of Transportation signed a purchase and sale agreement with Manchester-based developer Brady Sullivan for the property at 11 Stickney Avenue in Concord for $1 million.

The decision to sell the property to Brady Sullivan, a firm whose owners have contributed thousands of dollars to Sununu’s past campaigns, surprised Concord city officials who were in negotiations to buy the land for the same price.

The city had the right of first refusal to match any private offer.

To learn more about the process leading up to the sale, the Monitor asked for correspondence between NHDOT Assistant Commissioner Bill Cass and the Governor’s Office. The request, made under New Hampshire’s Right-to-Know Law, was sent to the Department of Transportation on August 31.

According to Sununu’s legal counsel James Scully, the Governor’s Office and the Attorney General’s Office concluded that the documents were covered by the executive privilege.

Requests for transparency to state agencies fall under the state Right to Know Law, while similar requests to the Governor’s Office fall under Part 1, Article 8 of the New Hampshire State Constitution, which states that government should be “open, accessible, accountable and responsive.”

“To that end, the public’s right of access to governmental proceedings and records shall not be unreasonably restricted,” the state constitution says.

Citing the New Hampshire Constitution, the Monitor also asked the Governor’s Office directly for its own correspondence related to the sale. That request was also denied.

“I have withheld a limited number of emails and other documents that are either internal office records or communications between the Governor’s Office and state agencies,” Scully wrote in the response letter on Sept 20. He said the records were exempt from disclosure due to the executive privilege and the deliberative process privilege.

In the U.S. Supreme Court case, United States vs. Nixon, the Court ruled that the president of the United States has a qualified executive privilege.

“In the federal context, the existence of this privilege is not without controversy,” said Lawrence Friedman, a constitutional law professor at New England Law Boston. “You could read the federal cases as suggesting that the privilege is primarily to protect issues of national security, which is not really an issue under the state constitution.”

Both Democratic and Republican governors have refused to disclose records by claiming they have executive privilege.

Although the Republicans received records in response to a wide-ranging request, many were redacted and some were not handed over. A log of the missing records listed “executive privilege” alongside multiple documents as the reason that Hassan’s office was withholding them.

In a discussion of the executive privilege in a court order, Judge Richard McNamara of Merrimack Superior Court wrote that courts should apply a standard that takes into account “whether or not requiring disclosure will impair the governor’s ability to carry out the functions of his or her office effectively.” The state Republican Party withdrew from the case in 2017.

In 2015, Hassan, who was gearing up for a run for U.S. Senate, asserted executive privilege and rejected the Monitor’s request to access proposals from state department heads detailing how their agencies could be more efficient and effective.

On Tuesday, the New Hampshire Supreme Court will hear oral arguments in Louise Spencer vs. Sununu, a case involving executive privilege that is also testing other limits of government transparency.

Spencer is the co-founder of the Concord grassroots progressive organization The Kent Street Coalition but filed suit as an individual plaintiff. She initially requested correspondence between the governor, certain members of his staff and outside parties leading up to Sununu’s veto of a 2019 bill that would have established an independent redistricting commission. When the Merrimack Superior Court dismissed her case, she appealed to the New Hampshire Supreme Court.

In past trial court rulings, judges have relied on the U.S. Supreme Court and U.S. Constitution to make determinations about executive privilege. But the Supreme Court could also look to Massachusetts, which has a similar state constitution to New Hampshire, Friedman said.

Spencer, the Concord plaintiff, said that what’s at stake in her case is whether the guarantee of government access that is written into the state constitution actually works in reality.

If the Supreme Court confirms that executive privilege exists under the state constitution, there’s little the Legislature would be able to do about it. New Hampshire residents would need to pass a constitutional amendment in order to weaken that protection. That’s in contrast to the deliberative privilege, which could be defeated by legislation or a court order, Friedman said.

The Monitor also filed a Right to Know Request with the City of Concord for correspondence with Assistant  NHDOT Commissioner William Cass related to the sale of the Stickney Ave land in 2021, and received 94 pages of responsive records within a week.

Even with the executive privilege untested in New Hampshire, the governor can choose to release records at his discretion. Ultimately, the choice to release documents or try to keep them secret belongs to Sununu and his advisors. 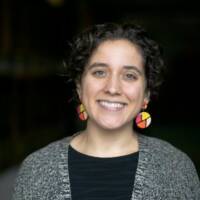