MANCHESTER, NH – There is an interesting trend in community clean-up efforts rising up around the city, from businesses to organized and ad hoc volunteer groups.

In the next week alone, there are several scheduled clean-ups:

And another faith-based community volunteer group – ASEZ (which stands for Save the Earth from A to Z)  will be cleaning up Sunday on the West Side. Members of the group attended the monthly Manchester Police Commissioners meeting on May 1 to confirm their interest in rolling up their sleeves for a street clean-up on Allard Drive.

Manchester resident Sarah-Ann Everett, 32, spoke to the commissioners on behalf of the New Hampshire chapter of the international organization, which is based in Hudson. The group of university student volunteers  is part of the World Mission Society Church of God. They will meet in the area of 201 Allard Drive (adjacent to the Dunkin Donuts) on May 5, 2019 at 10:30 a.m. to 1 p.m. All are welcome to join, says Everett.

Their interest in the city of Manchester extends beyond cleaning up the streets, says Everett, who first moved to Manchester in 2001. Cleaning up is a proven way of helping reduce crime, and so launching their efforts in the state’s largest city made sense.

“I’ve seen the city evolve since I first came here, and it’s actually improved a lot, but we want to do more,” Everett says.

Joining Everett Wednesday were Patrick Reagan, Americo Imperatore, Dylan Kerr, and Ashley Flewelling, who was born and raised in Nashua.

“I remember when I was younger, growing up my parents saying Nashua was one of the safest places to live, and we used to have parades on Main Street, and I remember seeing banners about that. But after high school, I started to see Nashua change and not so many good things happening,” Flewelling says. “It’s amazing,  being part of this group, because it’s about being part of a global village. It’s not just about Manchester, or Nashua – we want to help New Hampshire as a whole state. But by starting with the big cities and helping reduce crime, we can help these police officers who are already doing a great job.”

Chief Carlo Capano welcomed the group’s participation, and chatted with the group members after the meeting.

Everett explains the effort is part of ASEZ’s Reduce Crime Together campaign based on studies that show improving little things, through something as simple as a cleanup, influences reduction of crime. Volunteers from more than 8,000 locations around the world have carried out community service activities on college campuses and local communities and now it has reached New Hampshire through Everett and her fellow ASEZ members. 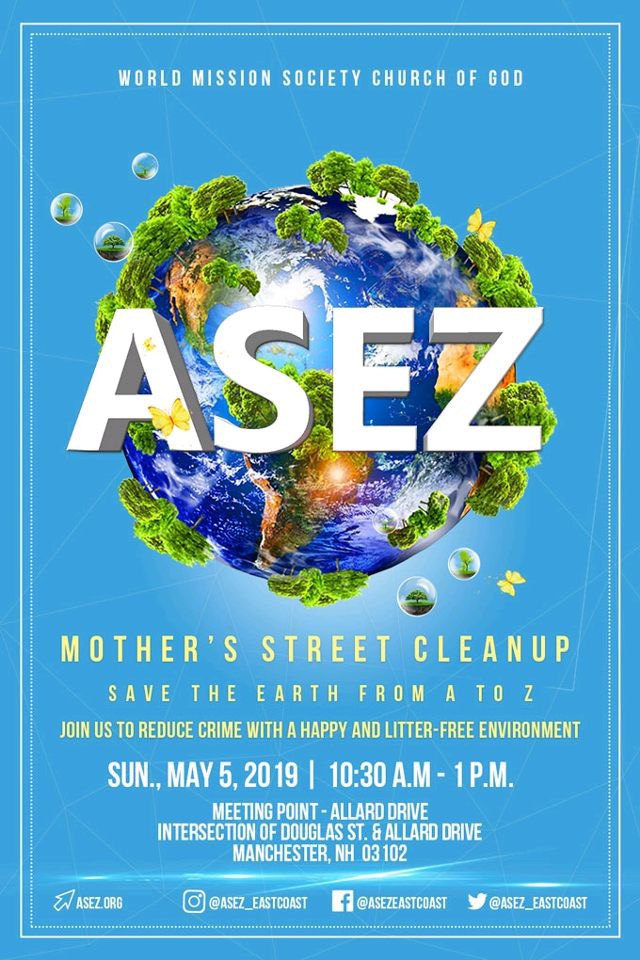 According to the ASEZ website, the group has gained recognition from government officials throughout the world including the U.S. President’s Volunteer Service Award and the Green Apple Award, which is one of the most prestigious environmental awards in Europe. In addition, ASEZ’s initiatives align with the United Nations’ Sustainable Development Goals.