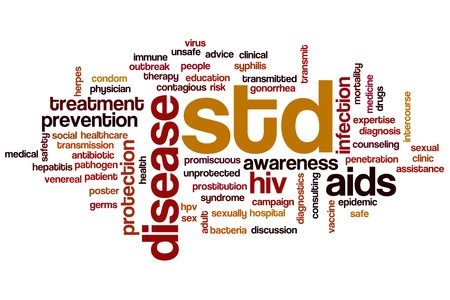 CONCORD, NH – New Hampshire is experiencing an outbreak of gonorrhea. Gonorrhea is a reportable sexually transmitted disease (STD). The number of cases in New Hampshire has been increasing over the last year, and according to data, the number of annual cases is up 250 percent over the previous baseline.

Between 2007 and 2013 there were on average approximately 130 cases per year of gonorrhea reported in New Hampshire. The New Hamsphire Department of Health and Human Services, Division of Public Health Services (DPHS) has received 465 reports of cases of gonorrhea contracted in 2016, which represents a more than 250 percent increase over the previous baseline. DPHS recommends that everyone who is sexually active should talk with their healthcare provider about being tested for STDs, such as gonorrhea and chlamydia, and anybody who may have been exposed to gonorrhea through a sex partner should seek care immediately for testing and treatment.

“New Hampshire historically has had one of the lowest rates of gonorrhea infections in the country; however, over the last year we have seen a significant increase in the number of reported cases,” said State Epidemiologist Dr. Benjamin Chan. “We are actively working to identify individuals who may have been exposed to gonorrhea in order to connect them with testing and treatment. We are also asking healthcare providers and patients with gonorrhea to help connect sex partners with medical care for evaluation and treatment of gonorrhea infection.”

According to the CDC, most women and many men with gonorrhea do not have obvious symptoms.

Gonorrhea is the second most commonly reported STD in the United States, according to the CDC. In 2009, the national rate of reported gonorrhea cases reached a historic low, but since then rates of gonorrhea have been increasing along with rates of other STDs, such as chlamydia and syphilis. Between 2011 and 2015, for example, the rate of gonorrhea in the U.S. increased approximately 20 percent.

Untreated gonorrhea can cause serious and permanent health problems in both women and men. In women, gonorrhea can spread into the uterus or fallopian tubes and cause a serious infection of the reproductive organs called pelvic inflammatory disease (PID), which can cause abdominal pain and fever and lead to chronic pelvic pain, infertility, and an increase in the risk of ectopic pregnancy (an abnormal pregnancy that develops outside of the uterus). In men, gonorrhea may cause inflammation of the testicles and surrounding tissues and can also lead to infertility.

Prevention for gonorrhea includes abstinence, getting tested for sexually transmitted diseases (STDs) before beginning a relationship with a new partner, limiting the number of sex partners, and using condoms every time. Treating infections with appropriate antibiotics is also important for stopping the spread of gonorrhea.

For more information on gonorrhea, visit the NH Department of Health and Human Services and the Centers for Disease Control and Prevention.