CONCORD, NH – New Hampshire’s Council on Housing Stability discussed new recommendations and strategies going into a statewide plan to combat homelessness to be released on June 30.

The council met virtually this Wednesday morning in preparation for a review of the new report to identify barriers to increased housing production in New Hampshire, especially focusing on individuals of lower incomes. A draft of the report based on strategies spoken about in Wednesday’s meeting is to be sent out to council members on June 18, with a subsequent meeting to review it on June 22.

The new housing council, formed in January by executive order 2020-2022 from Gov. Chris Sununu, is tasked with addressing housing challenges with both short and long term suggestions for statewide policy and planning.

One of the new strategies put forth in the meeting was making improvements in accessible data to better inform planning to reduce housing instability.

By identifying and reviewing existing data within the state, a set of investment dashboards are to be released alongside the June 30 report that details where housing funds are expended at a statewide level. The data available ranges from 2017 to 2020 and allows users to look at specific funding sources and recipients of those funds. The dashboard shared shows that over $170 billion has been spent on housing in New Hampshire since 2017.

The Housing Stability Council looked to a smaller sample size of local initiatives that have helped inform their strategies going forward. Council member Harrison Kanzler, Executive Director of the Mount Washington Housing Coalition, has worked with the town of Conway and neighboring communities to help promote the development of housing.

Kanzler said he worked alongside legislators last year to pass an affordable housing ordinance, Article 6, as well as education of the public and outreach in those nearby communities to ensure people know how to get into affordable housing or how to become better tenants.

He said passing Article 6 was the biggest hurdle he’s had to overcome in the last year but there was overwhelming support for it.

“We had a fantastic turnout and overwhelmingly the public voted in support of this ordinance, so that was a huge call to us that our work we’re doing is being seen and heard and is being accepted,” Kanzler said.

While these efforts have worked in Conway and its surrounding area, other New Hampshire cities struggling with homelessness, like Manchester, that account for 33 percent of the state’s homeless population, are reportedly looking to the state for help with the issue.

One of the proposed solutions includes the DHHS developing an enhanced case management model for individuals experiencing homelessness. The council voted that the state of New Hampshire should adopt and fund one of four evidence-based models to help combat the issue.

All of the additional recommendations and strategies proposed at the meeting were voted through to be included in the draft of the council’s plan and will be reviewed further on the June 18. 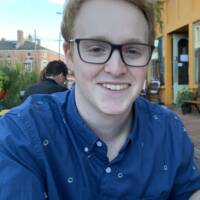 I'm a recent graduate of the University of New Hampshire with a degree in journalism and minor in communication. I've covered a wide range of topics including local campus news for the UNH newspaper and more statewide current issues like food insecurity and social justice in the last year. Moving into my next chapter after college, I'm looking forward to making a name for myself as a New Hampshire journalist! When I'm not reporting, I'm working as a cook in downtown Portsmouth - which works out because restaurant and food coverage is my favorite topic to write about - and eating the food is pretty great, too.