CONCORD, NH – On January 23, 2022, at approximately 10:48 a.m., Troopers from the New Hampshire State Police Troop B Barracks along with fire and medical personnel from the Bedford Fire Department responded to the report of a heavily damaged vehicle down an embankment along Interstate 293 South at the off-ramp to Route 101 West in the town of Bedford, New Hampshire.

Upon arrival it was determined that a 2007 Dodge Ram 1500 pickup truck had drifted off the roadway to the left and traveled down an embankment before striking a tree.

The operator of the vehicle sustained fatal injuries. He was identified as Christopher M. Brooks, 47, of Londonderry.

Mr. Brooks and his vehicle were the subject of a missing person “be on the lookout” BOLO that was distributed to police agencies statewide during the evening hours of January 22. The exact time of the crash is currently unknown, but the initial investigation suggests that the vehicle had crashed well before the reported time listed above.

The Bedford Fire Department and the Department of Transportation assisted the NH State Police on scene where the left lane was shut down for a lengthy period of time. All aspects of this crash remain under investigation and anyone who may have witnessed it is asked to contact Trooper First Class Francisco Vicente at Francisco.A.Vicente@dos.nh.gov or (603) 223-8745. 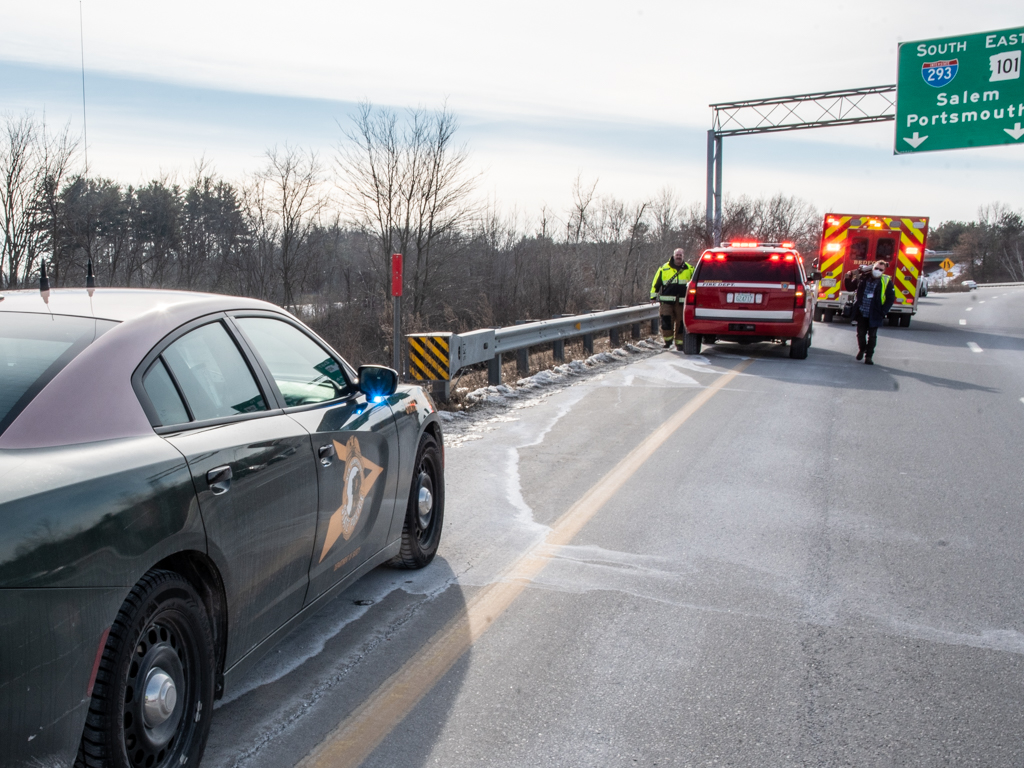 Emergency vehicles at the scene of a fatal crash discovered Jan. 23, 2022, in the area of the 293/101 off-ramps in Bedford. Traffic was diverted. Photo/Jeffrey Hastings