CONCORD, NH   – New Hampshire State Police Investigators are working with the New Hampshire  Department of Corrections Investigative unit to investigate the death of Phillip Borcuk, 34, [NHID # 42416] who was a resident at the Department’s Residential Treatment Unit.

Corrections Officers and medical responders attempted life saving measures on Mr. Borcuk, early Dec. 6 after responding to his cell where he was alone, when they heard him engaging in self-injurious behavior.  He was immediately transported to Concord Hospital emergency department where medical staff pronounced Mr. Borcuk deceased early Wednesday morning.

An autopsy has been conducted by the state’s medical examiner and is awaiting toxicology results to determine manner of death.

According to the state, the prison’s Residential Treatment Unit is

“…designed for those inmates with mental illness who are unable to function in the general inmate population. The goal of this unit is to provide quality mental health services in order to maintain and assist individuals to function in the least restrictive and safest setting possible. Inmates may remain in the RTU for the length of their incarceration.”

All unanticipated deaths are investigated in consultation with the State’s medical examiners and State Police.  While the investigation is ongoing, the Department will continue to partner with outside parties participating in understanding what resulted in ending Mr. Borcuk’s life.

Mr. Borcuk was admitted from Sullivan County Superior Court into Departmental custody in 2012 for charges of operating after being certified as a Habitual Offender; theft by unauthorized taking and assault by prisoner.  His parole eligibility date was December 5, 2018 with a maximum release date of December 5, 2019.  His next of kin have been notified. 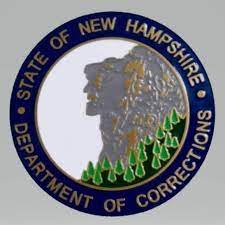