Photos and Story by Stacy Harrison 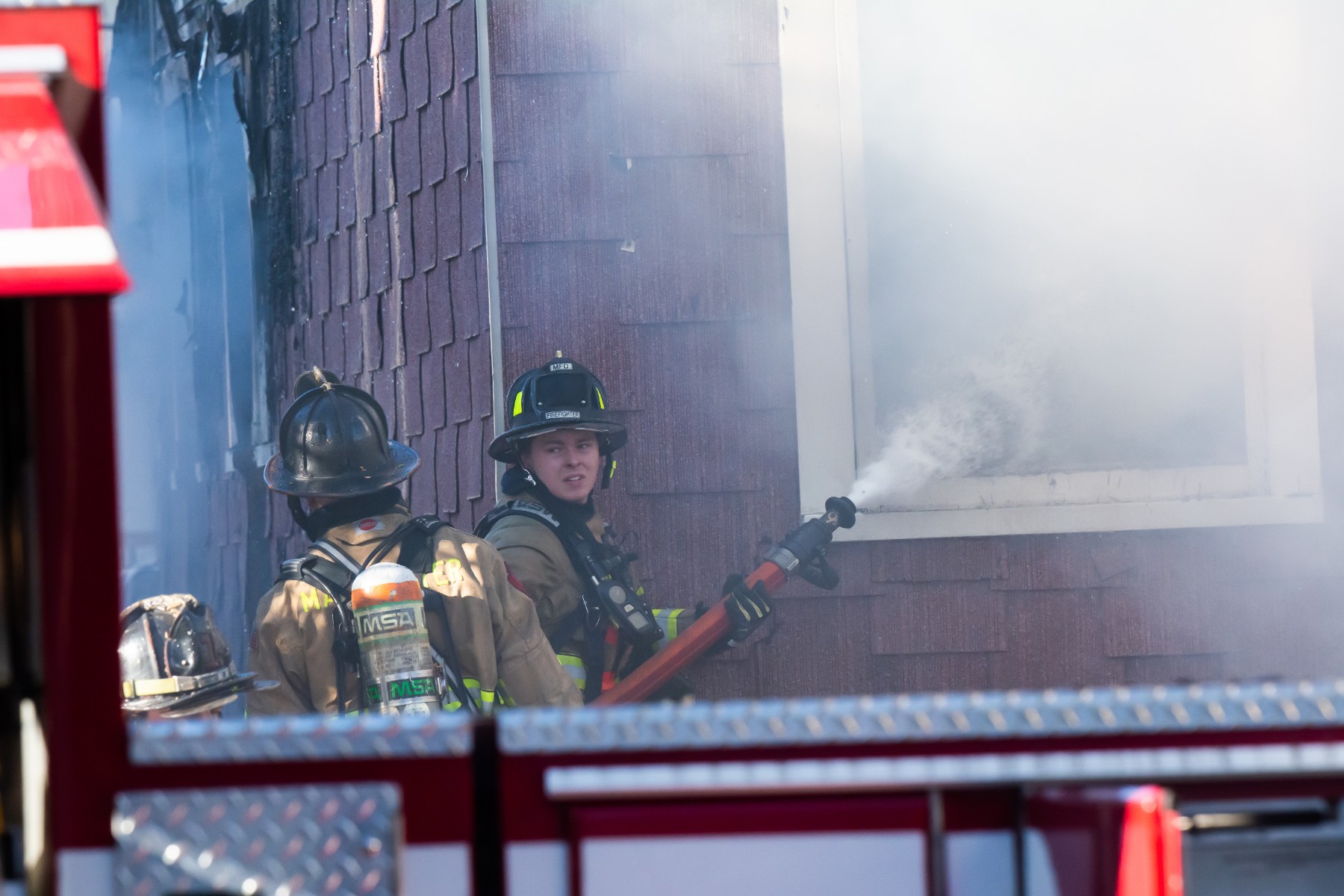 MANCHESTER, NH — I’ve ALWAYS wanted to be a photographer. For as long as I can remember. Today, while driving home from an errand, I saw smoke. Very thick, black smoke. Something propelled me to drive toward it knowing full well that I was heading into the congested “lower tree streets” in our city, meaning for us Manchester folks, two- and three-story apartment buildings, churches and corner stores.

I headed toward the smoke anyway, for some reason. I really love photography and I still love to see the story through photos. I wanted my camera but all I had with me was my cell phone. The fire was between Lake Avenue, Maple Street, Spruce Street and Beech Street.  One of the three-story homes was clearly involved when I got there. From the front of the houses on Spruce Street I couldn’t figure out where the fire was coming from. Clearly, the fire was getting worse. The wind was pretty intense, sending the smoke far away. I’d guess at least several blocks to the south, toward South Willow Street. My heart sank.

Back in 1998, my own apartment building on Bodwell Road had succumbed to a pretty serious fire. This scene brought me right back, but at the same time, I wanted to capture the moment I was seeing. I made a quick call to my husband to bring my camera over to me and while I waited, I used my phone. Within just a few minutes a large crowd was forming. I could hear crying, fast conversations and  people expressing clear concern for their neighbors.

For blocks, people had heard about it. My daughter called me to tell me about it, not realizing I was already there. It was just a few blocks from her friend’s house. I started to take videos and photos. The scene was horrific and amazing at the same time. I know that seems wrong, but I had the same feeling I had 22 years ago. The devastation that a fire can create is overwhelming. After taking a few interesting photos of the burning cars behind the buildings, I began to look for answers. I really wanted to know if the people got out OK. 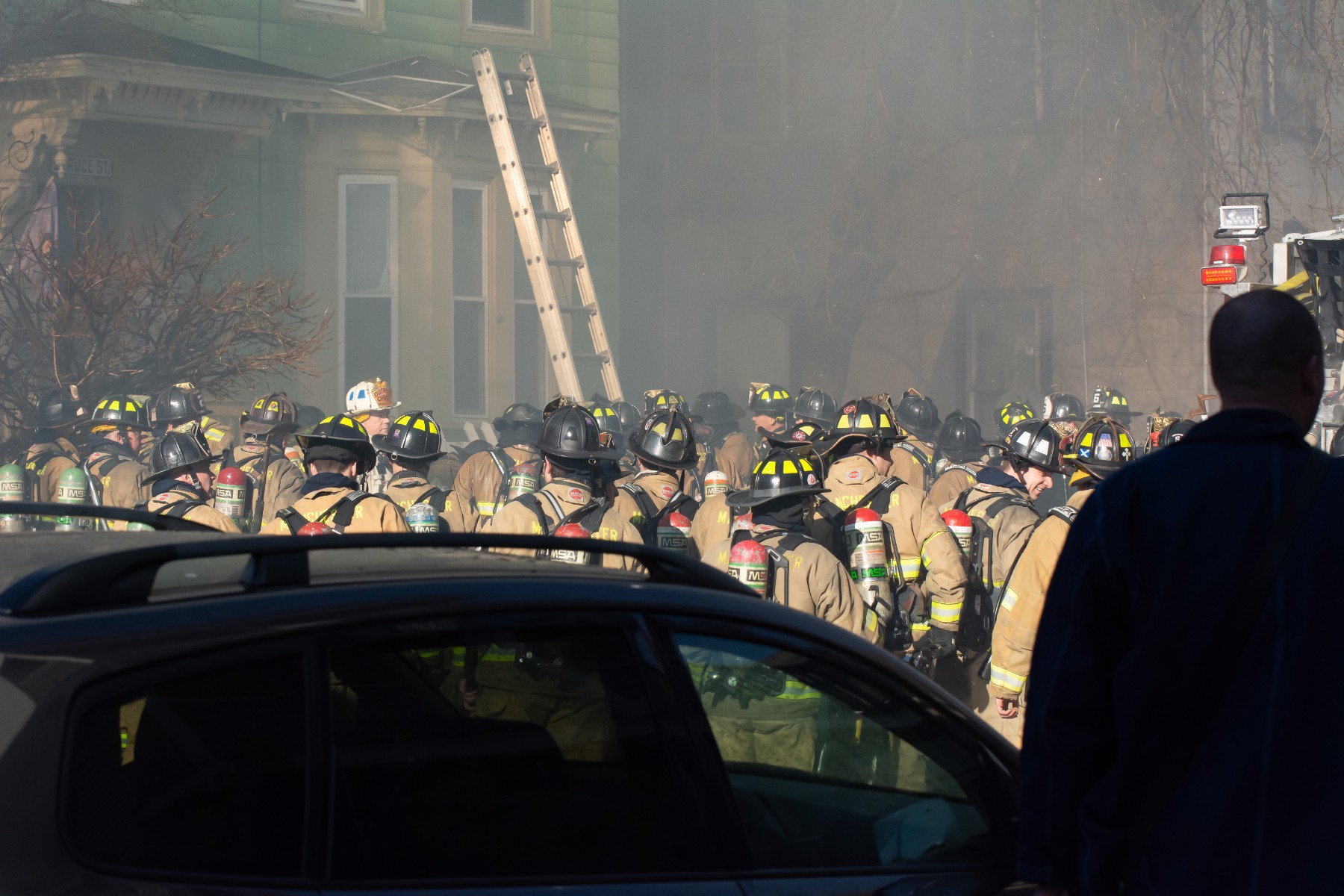 We are all supposed to be in our houses right now due to the “stay in place order” issued by Gov. Sununu yesterday and the scene today was so surreal and apocalyptic that I was really worried that there were people who had been inside at the time of the fire. I learned from a firefighter friend that the fire had gone to three-alarms. “EVERYONE was there and on stand-by” said Mike Meehan. After asking a few officers who didn’t have any certain information I saw the Manchester Fire Department Chaplain. Bishop Libasci assured me that everyone had made it out safely.

A woman across the street from the most damaged house told me she was friends with the woman who lived there (I didn’t get any names… a reporter, I am not), but she assured me that her entire family made it out okay. Three cats and one fish did not, but her dog, two cats and a blind bird did. I felt relieved for the family and for the woman I was chatting with. Had she been on the other side of the block, we’d never have met, for that building was involved as well. It’s siding melted and was falling into the foot-deep water from fire hoses. Firefighters were still working an hour later — the cars that had been on fire from the start were on fire yet again.

By then I had my camera, but the story was already being told. My daughter was with my husband and she saw a scene that she’s never seen before. She was so sad and so surprised at how bad it looked.  All told, four houses, at least four cars and so many people were affected by today’s fire. 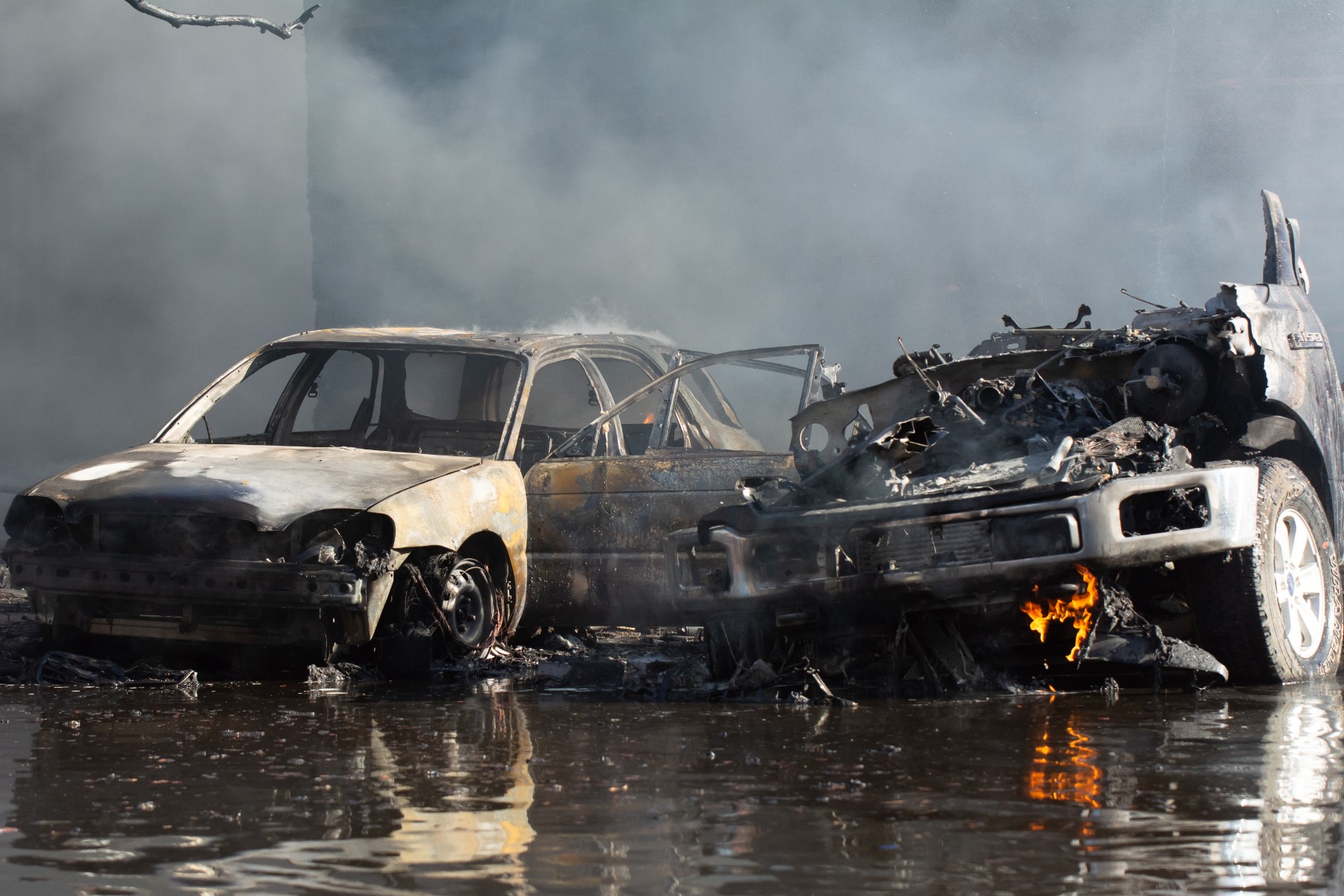 And, as I can so clearly recall, I’m sure they will be affected for a long time to come. For many years, I’d tear up at the smell of a campfire never mind a house fire. Two weeks after our apartment fire, my son and his Boy Scout Troop visited the fire station on Merrimack Street. I was a mess. And once again, so many years later, I see those stories in my head from that night so long ago. Tying my 2-year-old niece’s shoes and making sure that she and my two sons had coats and hats on … figuring it was just a false alarm and it was very cold that night in March. Getting outside and seeing the very small fire on the corner of the porch on the second floor. Running back up to our third-floor apartment (DON’T ever do that) for our cats. Coming back out to see that the roof was already engulfed – how? I’d only been gone for a few minutes. Listening to the fire roar through the roof like a train and watching flames shoot up into the dark night for what seemed like a million miles (I recall hazily that the Union Leader reporter estimated 40 feet) and close to dawn our very own, most amazing firefighters bringing out every single cat, even the ones that didn’t make it.

It still brings a tear to my eye. I’ve always had a soft spot for our Manchester firefighters and today was no different. Thank you for all that you do!! 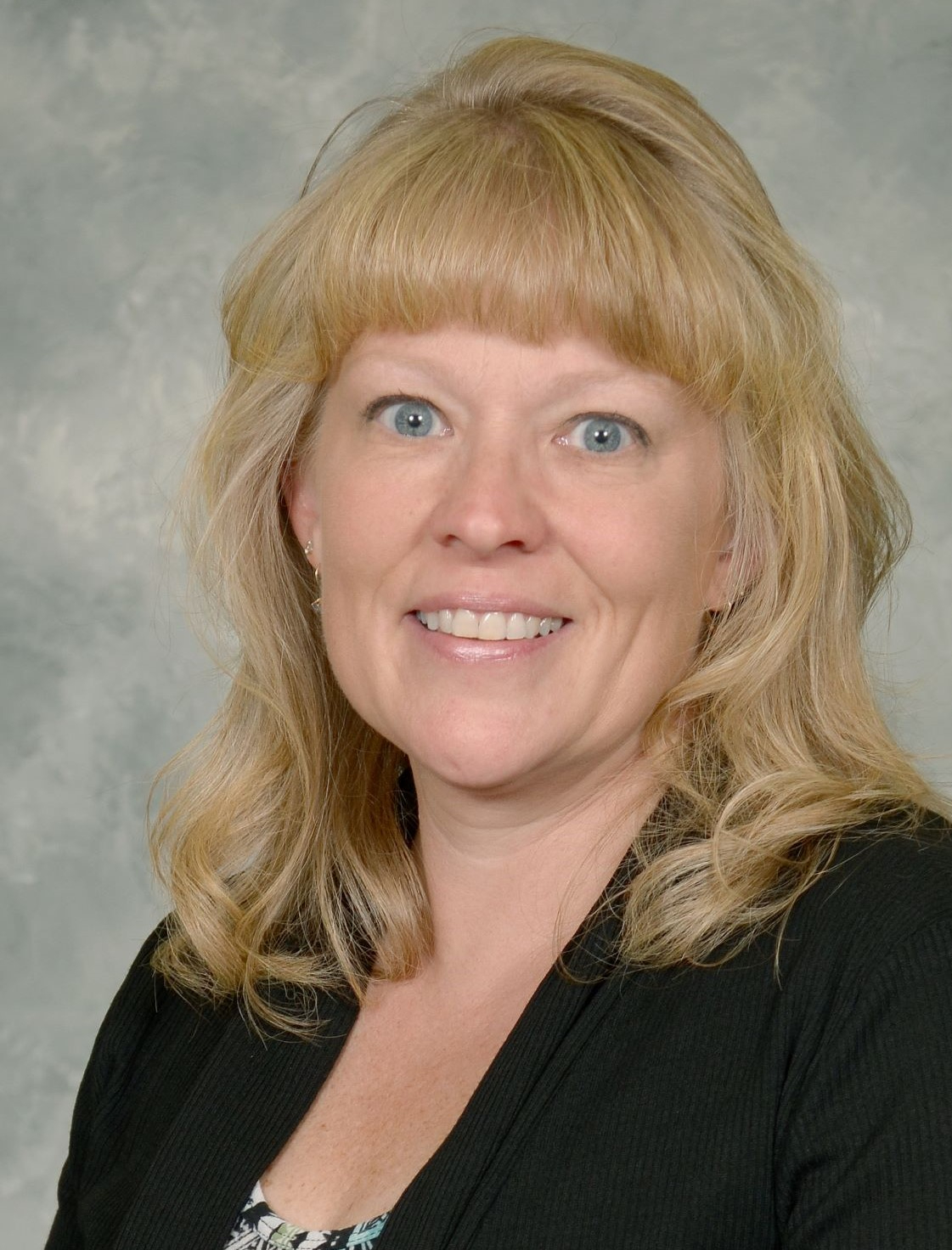