Here’s another recap from what’s been going on lately in the world of Southern New Hampshire University athletics. 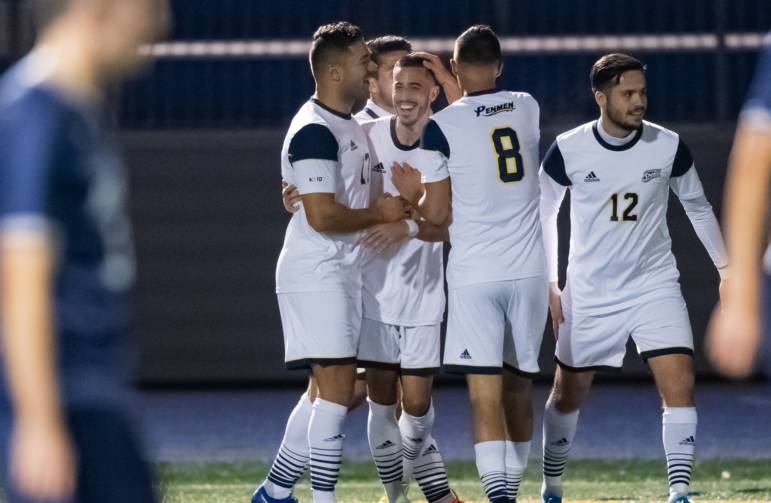 A hat trick from freshman Sinisa Sprecakovic (Mannheim, Germany) powered the Penmen to a 4-1 victory over Saint Anselm on Tuesday.

SNHU’s other goal came from senior Michael Goncalves (Ludlow, Mass.), who has now scored in four of the last five matches.

The Penmen are now unbeaten over their last seven contests (5-0-2) and lead Saint Anselm 10-4 in the Queen City Cup standings.

SNHU’s regulation-time goal came from sophomore Emily Campbell (Raynham, Mass.). Despite the closeness on the scoreboard, SNHU held a 22-4 advantage in shots and a 14-3 edge in shots on goal. American International had 50 fouls in the match and could not get a single penalty corner.

Southern New Hampshire (14-3, 11-2 Northeast-10) will close out the regular season on Saturday at noon against Franklin Pierce.

Athletes of the Week

SNHU has announced Ashley Corcoran and Sprecakovic as their Athletes of the Week for Oct. 21-27.

Corcoran (East Longmeadow, Mass.) was the individual-runner up at the Northeast-10 Cross Country Championships, the best finish in school history.

Sprecakovic scored two goals and a assist last week during a two-win week for the Penmen.