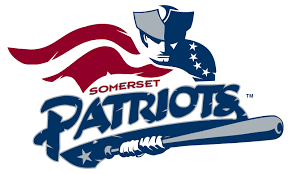 MANCHESTER, N.H. – Given the new six-game series format this season, it might be foolish to expect series sweeps in the reformatted Double-A Northeast, but any hopes that Fisher Cats fans had of seeing an opening homestand sweep of the Somerset Patriots dashed with a 6-1 loss on Thursday night.

Kyle Johnston kept the Patriots scoreless in his five-inning start for New Hampshire, but the ‘Cats bullpen couldn’t hold the fort.

Jon Harris immediately squandered Johnston’s hard work after entering in the sixth , giving up a first pitch leadoff home run to Thomas Milone. Harris managed to hold the damage to just one run, but Emerson Jimenez let the visitors open the game wide open, allowing four runs in the eighth. Jimenez also allowed a four-run inning on May 9 against Portland after a pair of scoreless appearances on May 7 and May 4 against the Sea Dogs. Michael Beltre’s triple scored the first of those four runs, bringing Milone home, with the other three runs coming off Jimenez wild pitches.

New Hampshire scratched back a run in the eighth thanks to an Otto Lopez double to right, scoring Vinny Capra.

Somerset added an insurance run in the ninth after Milone reached base on what was New Hampshire’s fourth error of the evening, letting Diego Castillo come home.

Harris (0-2) was saddled with the loss while the win went to Somerset long reliever JP Sears (1-0) for his 13 outs over the fourth through eighth innings, with seven of those outs coming by strikeout.

At the plate, the Fisher Cats ended with just six hits on the night, with Capra and Lopez contributing two each. Lopez now has hits in seven straight games and in eight of the nine games he has appeared in so far this season.