Not to be confused with Manchester, UK, Manchester, NH, is the ideal blend of all New England living has to offer. Located in south-central New Hampshire, it is equidistant between the state’s two other larger cities, Concord and Nashua, and gets a full dose of all four seasons.

It has a historic downtown, strong economy, and the option to enjoy city living or spreading out over an acre or two a bit outside the center city. As the largest New Hampshire  college town – Southern New Hampshire University, University of New Hampshire at Manchester, Granite State College, Manchester Community College, Saint Anselm College, New Hampshire Institute of Art, and Massachusetts College of Pharmacy and Health Sciences are all located within city limits – education is an important part of Manchester’s cultural scene. Vibrant greenspaces and hiking trails, its own ski hill and golf course, a network of entertainment venues from historic theatres to a state-of-the-art civic center, and AA minor league baseball park, and award-winning museums make the landscape just as appealing as the people who live there.

Before it became “the Manchester of America” by English settlers, Pennacook Indians referred to the area as Namaoskeag, or “good fishing place,” as Manchester is bisected by the Merrimack River and powerful Amoskeag Falls. The falls later powered the city’s many cotton and textile mills, cementing Manchester’s central role in New England’s industrial revolution. Incorporated as a city in 1846, Manchester attracted immigrants from all over the world to work in the largest mill complex in the world at the time, and while it’s no longer operational as factories, the city’s iconic Millyard, as it is affectionately known, has transformed into a technology, academic, and research hub for the region. Politico Magazine was so impressed with Manchester that it called the city a “new millennium marvel” in 2017.

The numbers tell a great story

If you’re thinking about moving to Manchester, these fast facts and figures should make you feel good about your decision.

Manchester’s downtown is situated along Elm Street, which runs north to south, parallel to the Merrimack River. Not only is it the country’s longest double-dead-end street, it’s also home to some of the best dining, nightlife, and culture in the state.

And during political season, Manchester is an energetic hotspot for presidential hopefuls visiting the city leading up to New Hampshire’s First in the Nation Primary. Don’t act star struck if you bump into the next President, though, because true Mancunians are used to that sort of thing. 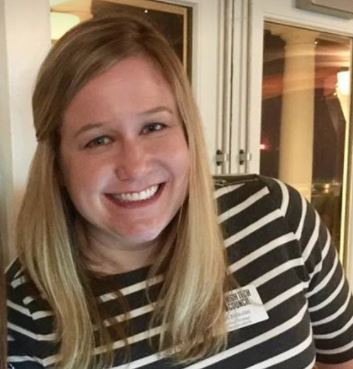 Jen Nickulas is a writer and Manchester native with 15 years of experience in journalism and public relations strategy. Areas of interest include tech ethics, community relations, and social justice. Her experience ranges from news writing and copywriting for indie newspapers and websites to university commencement speeches, as well as content strategy and digital marketing for nonprofit organizations that deserve the same level of strategic communications as big-budget corporations. She earned a degree in journalism, communications, and anthropology from the University of Connecticut, and works for Cookson Strategic Communications in Manchester.