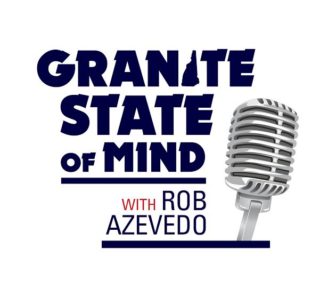 The SNOB Film Festival is back!

That means autumn is gathering speed and my blood’s getting thicker.
It also means that this great festival, now in its 16th year, will once again usher in a fresh batch of vision delivered on screen by filmmakers from around the globe. Short films, feature films, funny ones, serious ones, and some barely tolerable ones.  It’s all there, and it’s all good eating.
So, gather your scarves, your coolest hat and settle in for a banquet of creativity at the Red River Theatres in Concord, starting Thursday.
One film that’s screening that caught my attention is a documentary called “Almost Boss” by Paul Kaplan.  The film studies the “The B Street Band,” a Bruce Springsteen and the E Street Band cover band that’s been toasting the Jersey Devil’s body of work for 40 years.
They make a living playing over 200 hundred Springsteen cover shows a year, feeding his songs to the frothing fans that just need a taste of “Bruce Juice” while he’s peculating in a North Jersey barn somewhere, threading through his thoughts.
Mr. Kaplan walked GSM through the mind set of a band that only plays the music someone else created.  Not trying to replicate the music, but instead, pledging allegiance to the spirit within that music without trying to be a caricature.
In other words: Being the man without being The Boss.

Q. Congratulations on the “Almost Boss” documentary.  What was one of the questions you needed to answer for yourself while making this film?

When I first heard that this band was booked over 200 times a year, I was absolutely amazed that the B Street Band made a living off of being a Bruce Springsteen tribute band. On top of that, they were the longest running tribute band in history, paying tribute to Springsteen since 1980. This band started when Bruce was only 31 years old. How does a band do this, start a tribute to a performer who is still rising to the height of his career. Keep in mind, Bruce Springsteen was not legendary in 1980. He was wildly popular worldwide, known for his amazing live shows, but still only 31 years old. I wanted to know how a “cover/tribute” band decided to pursue a living off of singing Bruce Springsteen music. I found out. The band moved to Asbury Park, NJ, where Springsteen cut his teeth and was the native son. The B Street Band lived, breathed and performed in the same spots that Bruce played in and around Asbury Park. They didn’t try to imitate him, but paid tribute to his music in a respectful, classy way, vs. dressing like him and having band members look like Bruce’s.
Q. How close does Glenn Stuart come to morphing into the Boss onstage?
I really don’t think Glenn Stuart tries to morph into or imitate Bruce Springsteen. Glenn has been a Springsteen fan since he was in high school. He lived near Freehold (where Bruce grew up), so he totally related to Bruce’s environment and culture growing up. As a matter of fact, Glenn was a drummer in High School and used to listen religiously to “The Wild, The Innocent & The E Street Shuffle.” Back then, it was Vini “Mad Dog” Lopez on drums (Springsteen’s original drummer). Fast forward to today, Vini Lopez plays with the B Street Band on occasion. Glenn actually picks Vini up to play the gigs and is good friends with him. So, he became friends with the guy he tried to sound like as a teenager. You see, there’s lots of common threads.

Q. Did you ever find out how Springsteen himself feels about the B Street Band?
Keep in mind, the B Street Band has played with Steven Van Zandt (Springsteen’s lead guitarist) , Max Weinberg (drummer), Garry W. Tallent (Bass), Clarence Clemons (Sax) and Vini Lopez (original drummer) of the E Street Band. So, Bruce’s band members know a thing or two about the B Street Band. Regarding Bruce, there’s a few stories I have.
In the film, Vini “Mad Dog” Lopez recounts that he was playing with the B Street Band in Atlantic City on the deck at the Golden Nugget one time. Vini knew Bruce was in the area so he called him and said, “Hey, the B Street Band is playing at the Deck, you should stop on by.” Bruce responded, “If I come, it will be like Santa Claus actually coming at Christmas.” I guess Bruce wanted to keep the mystique going.
Did I try to get to Bruce to ask him about the B Street Band? Yes. Was I successful? No. However, as Willy Forte said in the film, he never really wanted Bruce to play for a set or show up as that would cause all sorts of havoc. He said he really wants fans to see the B Street Band, not coming to see the show in hopes of spotting Bruce. Willy was quick to point out, if he knew he had only three months left playing with the band, he wish Bruce was there every night!
Q.  What did you learn about the diehard “B Street Band” fans?
B Street Band fans are diehard Bruce Springsteen fans. No questions asked. If you don’t like Bruce, you will not be a B Street Band fan. However, what I learned most about B Street fans is how loyal they are to this tribute band. They realize they can’t see Bruce every night or every weekend. Nor can they afford to do so. But what they can do is find the B Street Band on the Jersey shore and beyond and get their fix of Bruce music. Although some fans  won’t admit they are groupies, they undoubtedly are. I met fans who have been following this band for all 37 years. Some discovered the band 35 years, 20 or 10 years ago. Regardless, they religiously try to make all of their shows that are within shouting distance of their homes… So when you have a band that has done nothing but pay tribute to these virtues in a classy, respectful way, it’s no wonder they have lasted nearly 40 years, playing over 200 gigs a year.
Q. As a filmmaker, did you come to capturing exactly what you wanted in the film?
No, I don’t think any artist thinks they captured “exactly” what they wanted. I always remember a lighting director telling me that there’s no such thing as a lighting set up that is done, it’s just abandoned. Same for film making, or any form of art. I’d imagine you feel the same way as a writer, as well. There’s no such thing as perfection or exactness in art and storytelling. You need to know when you have reached your limit and abandon a project to create bandwidth for your next project. That was the case here. Would I have wanted to do everything in my power to get Bruce Springsteen to be part of this film? Yes. However, I hope I captured what it takes and the vibe of what it’s like to be a hard working band that is making a living playing music they enjoy and appreciate.
The SNOB FilmFest is Nov. 9-12, 2017. Go to snobfilmfestival.com for screening times and let the day soak right into you.