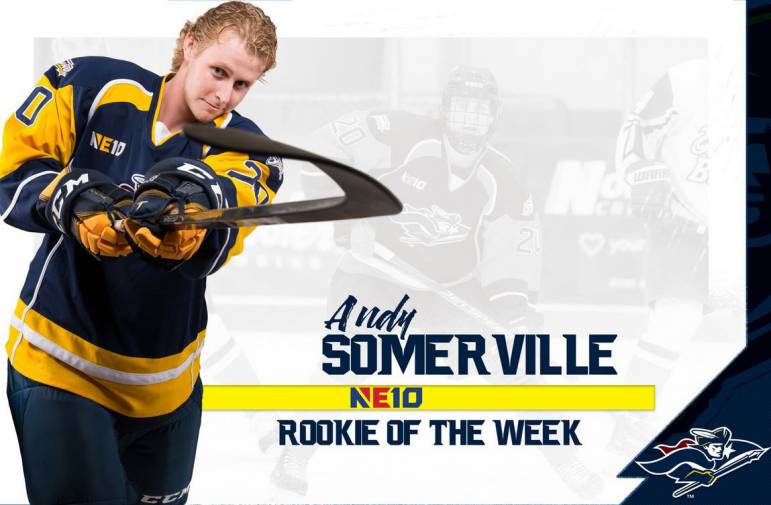 MANSFIELD, Mass. – Freshman Andy Somerville (Medford, Mass.) of the Southern New Hampshire University ice hockey team was recognized by the Northeast-10 Conference on Tuesday, as the league announced its weekly awards recipients. Somerville was selected as the Conference’s Rookie of the Week.

In SNHU’s only game last week, Somerville netted two goals and assist in an 8-1 win over NE10 rival Franklin Pierce Saturday.   In 11 games this season, he has scored four goals and added three assists for seven points.

To date, Somerville has four goals on the season, putting him in third on the team among freshman, behind the five goals each from Jake Cox and Charlie Davis respectively.