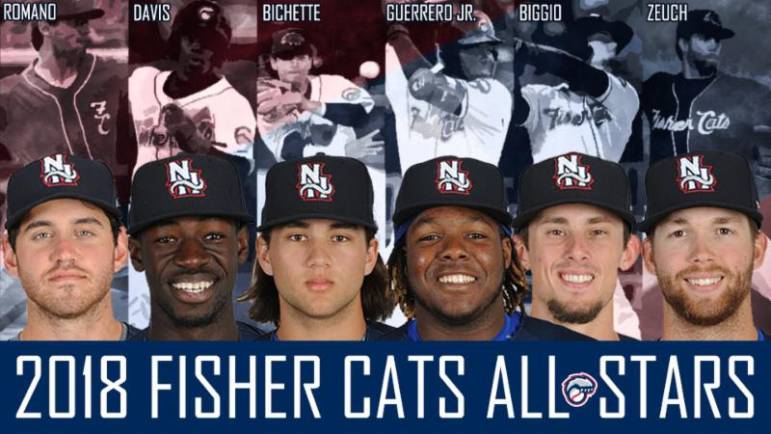 As of Saturday night, Davis leads the league in runs scored, doubles and is tied with Bichette for the league lead in hits.

Bichette also trails only Davis in runs and doubles, leading the league in stolen bases.

Biggio leads the league in home runs, walks and sacrifice flies and just took over the league lead in RBI. Guerrero Jr. held that RBI lead for almost three weeks after his injury, leaving with a .407 average.

The two pitching representatives have become co-aces in the Fisher Cats’ starting pitching rotation, with significantly different starts to their seasons in Manchester this year.

Romano began the year 8-0 while Zeuch struggled after earning promotion from Class A-Advanced Dunedin on May 5.

Then around the cusp of June, things switched. Zeuch picked up the slack, winning five in a row while Romano did not record a win during the month of June, going 0-4 in six starts.