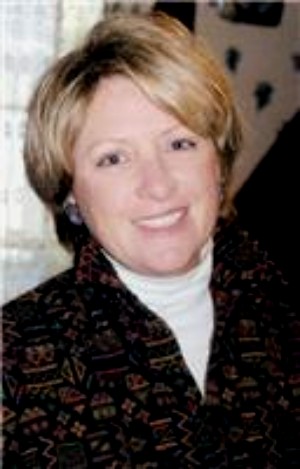 MANCHESTER, NH — Signe Anderson McQuaid died at Community Hospice House in Merrimack on February 25, 2019, after living with metastatic breast cancer for more than 15 years. Her death leaves a huge hole in her family and the Manchester community.

She loved all people fiercely and unconditionally. She was known for giving pep talks to Presidential candidates, hope to lost souls she met on the street, and hot breakfast sandwiches to exhausted plow guys during epic snowstorms.

She was born in Manchester on March 24, 1949, the first of five children, to Erik and Doris (Cullerot) Anderson. She was a 1967 graduate of Manchester High School Central and attended Saint Anselm College.

After several years of his relentless pursuit, she finally let herself be caught by New Hampshire Union Leader Publisher Joseph McQuaid. Her grace, charm and beauty were the yin to Joe’s curmudgeonly yang. And despite or perhaps because of his questionable fashion sense and inability to perform simple household chores, they were married for 43 years.

The profession Signe excelled at most was wife, mother and grandmother. But there was really no job — paid or unpaid  — that she couldn’t, or wouldn’t, do.

In the 1970s, she spent two years as a research assistant on one of the oldest lakes in Europe on the border of Yugoslavia and Albania. Her time there inspired a love of travel that she later nurtured and shared through her career as a travel agent for National Leisure Group.

She was also a licensed Broker Realtor, working for Thelma Katz and Norwood realty groups.

She cared about her city and state, serving simultaneous terms as chairman of the City of Manchester’s planning board and as a member of the zoning board of adjustment. At the state level, she was appointed to Gov. Judd Gregg’s 21st Century Commission and Gov. Merrill’s Eminent Domain Review Commission.

A faithful Catholic, she spent many hours at Saint Catherine of Siena Church, serving as eucharistic minister, funeral consoler, flower gardener, and decorator for holidays and events.

She served as a Court Appointed Special Advocate for children in the New Hampshire CASA program. Her unique love and patience for children made her an incredible coach and mentor for Odyssey of the Mind teams at Webster Elementary and Hillside Junior High schools. She was a soccer coach and referee and served on the board of Manchester North Soccer.

To her family and friends, she was a personal shopper, gourmet chef, epic party planner and organizer of both planned and spontaneous trips and vacations.

She was predeceased by her parents, Erik and Doris (Cullerot) Anderson.

SERVICES: Calling hours are Sunday from 2 to 6 p.m. at the Connor-Healy Funeral Home and Cremation Center, 537 Union Street, Manchester, NH.

The funeral will be held Monday with a Mass of Christian burial to be celebrated at 12:30 p.m. at Saint Catherine of Siena Parish, Webster Street, Manchester.