On Sunday, March 15, in the midst of a global pandemic in which COVID-19, also known as the novel coronavirus disease 2019, had become a clear danger, residents of Manchester had flooded in at various times throughout the weekend to the local Wal-Mart at 725 Gold Street in order to stock up on whatever they could. By the time the afternoon of that day rolled around, entire sections had been raided until they became empty, or nearly so.

Sliced bread and ramen noodles were almost completely gone. Toilet paper and tissue paper were nowhere to be found. The meat section had been picked three-quarters clean, leaving very little for the shoppers who had come in at that time of day. Nevertheless, employees of the store pushed around carts with orange signs on the sides, picking up items for people ordering online.

Outside, Girls Scouts sold the last batch of cookies for the year- even amidst the slight, blustery cold. The parking lot showed no evidence that anything was amiss. It was neither overflowing nor empty. The normal amount of people lined up in front of a customer service counter where a single, dedicated employee tried to troubleshoot everyone’s issues as best they could.

The Subway inside Wal-Mart was open. Neither employees nor customers were wearing gloves or facial masks. Were it not for the shockingly empty shelves, the store would just be going about business as usual. 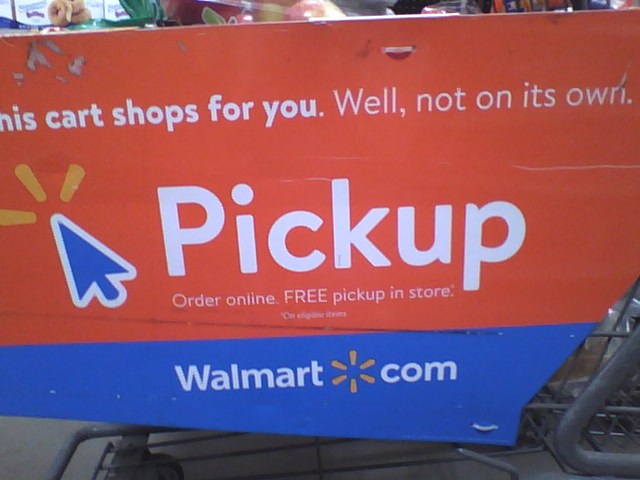 Despite shelves of stores such as Wal-Mart emptying out quickly, Eileen Liponis, the Executive Director of the New Hampshire Food Bank, remains confident. No food shortage is in evidence yet, despite the fact that many food pantries rely on donated goods from stores- who themselves have fewer products to donated overall.

She views the store runs as a short hiccup, one which will be corrected in short order. Delivery for self-isolating and quarantined households must come from the agencies that receive NH Food Bank’s products. However, in light of recent events, the organization is preparing to double their meal production in their kitchen, even while they are no longer accepting volunteers (link: https://www.nhfoodbank.org/COVID-19/). Eileen estimates this could be 5,000 to 6,000 meals per week.

Thus far, there is no sign the Food Bank will reduce or suspend its operations. They will continue delivering, even while they take precautions. They plan to continue servicing their third-party agencies, none of whom as yet have chosen to shut down. Their courage remains undaunted, their expertise undiminished.

Even in the midst of a crisis situation, there are still people like Eileen and the New Hampshire Food Bank continue to do their best to help their local communities.