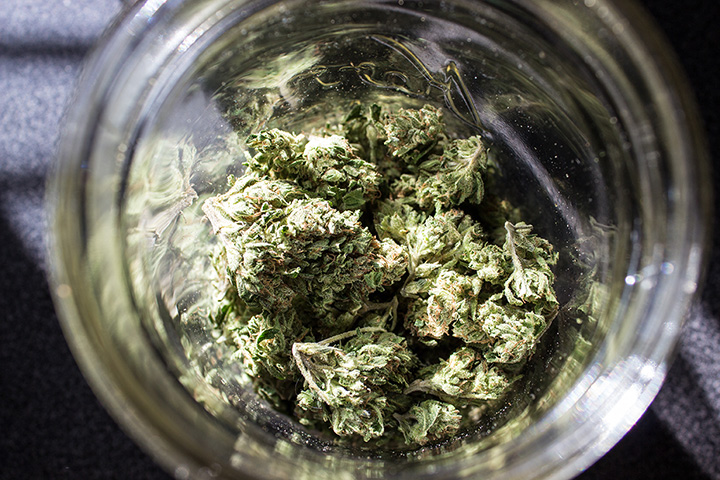 CONCORD, NH –The New Hampshire Senate voted down two bills to legalize cannabis Thursday, likely heading off the last opportunities for legalization in the Granite State this year.

In a series of heated interactions on the chamber floor, senators brought up concerns around children, drivers, and irresponsible residents using cannabis if it were to be legalized, and argued that New Hampshire should defy a national trend toward legalization due to adverse consequences. Supporters of legalization had hoped that a pared-back version of legalization that simply allowed possession and use would win over skeptical senators. But an effort to pass that version, House Bill 629, and remove the legalization of “home grow” came up two votes short, 11-13.

The fuller version of the bill, allowing possession, use, and cultivation of up to six cannabis plants was killed, 15-9.

Thursday’s vote came after House lawmakers tried multiple approaches to advance legalization through the Senate this session. Earlier in the day, the Senate rejected another of those efforts: A complex bill that would have legalized cannabis and created a state-controlled retail operation also fell on the Senate floor, in a unanimous voice vote. That bill, House Bill 1598, had been billed by its sponsors as a palatable option that would tie legalization to tax revenue generation, but was met with criticism in the Senate Ways and Means Committee.

The debate over HB 629 – the simplest marijuana legalization effort the House has passed yet – highlighted continuing deep-seated skepticism from a majority of Republican senators. That skepticism has persisted despite strong public support in New Hampshire for legalization; a recent poll by the University of New Hampshire found that 74 percent of the state’s residents support legalizing marijuana.

Sen. Denise Ricciardi, a Bedford Republican, argued that the state should not legalize cannabis until it comes up with a way to regulate the THC content of cannabis and to label it. Sen. Bob Giuda, a Warren Republican, argued legalization would increase drug use in the state overall, and allow adolescents more access to cannabis despite the bill’s 21-and-older requirement.

And Sen. Regina Birdsell, a Hampstead Republican, dismissed the reliance on polling, arguing the Senate should resist popular opinion in the name of public safety.

“As my mother used to say years ago, if your friends jumped off a bridge, would you jump off with them?” she said.

Proponents, like Hopkinton Sen. Becky Whitley, a Democrat, pointed to the public support in the state and the decisions by each of New Hampshire’s neighbors to legalize cannabis.

“New Hampshire has become an island in New England, with our overly burdensome regulations of cannabis that are out of sync with what the scientific health and social data says,” Whitley said. “And most importantly, with what New Hampshire voters want.”

Marijuana legalization advocates had spent the days ahead of the vote attempting to win over traditional opponents by striking compromises – and they appeared to succeed in temporarily convincing two of them.

Both Sens. Donna Soucy and Kevin Cavanaugh, two Manchester Democrats who have opposed legalization in the past, voted for the amendment to strike out home cultivation from the bill. That amendment would have limited the legalization bill to possession and use.

But when the amendment to remove the home-grow provision failed, Soucy and Cavanaugh withdrew their support, ultimately joining Republicans and Democratic Sen. Lou D’Allesandro to kill the bill.

On the other side, New Hampshire law enforcement representatives worked ahead of the vote to dissuade senators from voting yes. That advocacy was made present in the room. Moments before debate began, Republican Sens. Jeb Bradley of Wolfeboro and Kevin Avard of Nashua introduced a broad bench of New Hampshire police chiefs as special guests, representing Atkinson, Bedford, Hooksett, Manchester, Nashua, and other municipalities.

Marijuana legalization supporters, including the American Civil Liberties Union of New Hampshire, have increasingly pointed to criminal justice concerns, citing wide discrepancies between people of color and white people when it comes to arrest rates.

In her remarks, Whitley referenced data released by the ACLU of New Hampshire this week estimating that Black residents of New Hampshire are 4.8 times more likely to be arrested for possession than white residents.

Whitley also pointed to a different number: “13.9 times: That’s the number of times that Black people are more likely to be arrested for marijuana possession when compared to white people in Manchester, despite both groups using marijuana at roughly the same rate.”.

Sen. Bill Gannon, a Sandown Republican, disputed that picture, saying he had read “studies from numerous police departments” that he said showed that people of color are arrested at lower rates than white people.

And he said the state should not follow a trend.

“In New Hampshire, we make men and women of granite,” he said. “… I don’t care what my three neighboring states and Canada do. The majority of the U.S. is still against legalization.”

This story was republished with permission under New Hampshire Bulletin’s Creative Commons licensing.