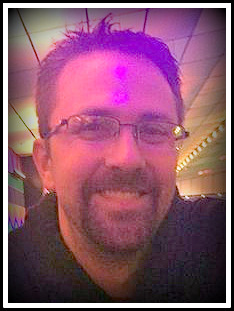 Born in Manchester on August 23, 1979, he was the son of William and Jacqueline (Berube) Beaulieu. He was educated in the local school system and attended Manchester West High School.

He had recently been promoted from his team lead position in the retirement service department at Fidelity Investments in Merrimack.

Scott enjoyed camping, ice fishing, four wheeling and snowboarding. He was a loving and devoted father, son, brother and friend who will be greatly missed. He was the definition and example of a true hero, always pushing through every obstacle thrown at him, and made such an impact on anyone who was lucky enough to know him. He was their rock in the face of adversity even while dealing with his own challenges. He was someone you could truly count on.

Family members include his daughter, Kaylee Faith Beaulieu of Derry; his parents of Allenstown; his sister, Kelly Beaudet and husband Ben of Manchester and their children Chloe and Sara; his companion, Alicia Smith of Derry and her children, Alex, Kayleigh, Rylee, Lily, and Tyler; his paternal grandmother, Oriece Beaulieu of Goffstown; many aunts, uncles and cousins.

Calling hours at Lambert Funeral Home & Crematory, 1799 Elm St., corner of North St, Manchester will be Wednesday from 5 to 8 pm. A memorial service will be held on Thursday at 11 am in the funeral home chapel.

Donations may be made in his memory to the Breast Cancer Association.

To view a video tribute that is being compiled, please check back soon, via www.lambertfuneralhome.com.You can also leave a message on the virtual Guest Book.