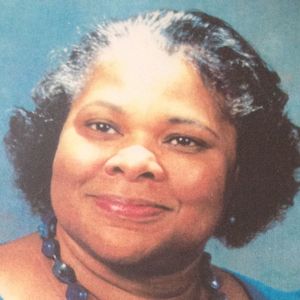 MANCHESTER, NH — Sandra “Sandy” Toryeanea Hicks died peacefully January 22, 2020, at home in Manchester at the age of 79 after a long illness.

She moved to Manchester with her now-deceased husband, Wade, and sons Roger and Alan in the middle 1960s and, outside of a three-year period where she moved to California for health reasons, has called it home ever since. Very proud of her Native and African-American heritage, her family was very important to her. She celebrated her two sons and adopted daughters, Karen and Beth, seven grand children, two great-grandchildren and several foster children. Born and raised in Boston, MA, she was the middle child of five siblings.

Rendered legally blind in 1975 while working as a mental health therapist at the then Manchester Mental Health Center, Sandra eventually retired. Soon she began a life of volunteerism, activism and advocacy, and later became known for working for social justice, community education and service. In her work against domestic and sexual violence in the 1980s Sandra represented the state of New Hampshire at the national level for a number of years. She became an HIV/AIDS educator and counselor. She has worked for medical and mental health education inclusion for minorities and, in 1993, was founder of the New Hampshire Minority Health Coalition. Her efforts to aid student educational opportunities are some of the reasons she has received numerous awards and recognitions; most recently a 2018 Faith in Leadership Award from NH Black Women Health Project. She was President of the local Manchester NAACP Chapter in 1991. Sandra has co-hosted radio and television talk shows, most recently a public television program called the “The Inside Story”.

She has served as a board member to a number of community groups which include: Greater Manchester Black Scholarship Foundation, Emerging Leaders in Communities of Color, Manchester Regional Committee on Aging , New Hampshire Institute on Disability Consumer Advisory Council and an advisor to the Manchester/Hillsborough County Service Link Board. Sandra was a longtime member of the Baha’i Faith and Manchester Local Assembly Treasurer.

She is survived by her brother Robert Lee, and children Roger Hicks, of Manchester, Alan Smith-Hicks, of White Marsh, MD, adopted daughters Karen Saunders, of Manchester, and Beth Falanga, of Renton, Washington.

Sandy is preceded in death by her siblings John Lee, of Haverhill, MA, Elisabeth Owens and David Lee, both of Boston, MA.