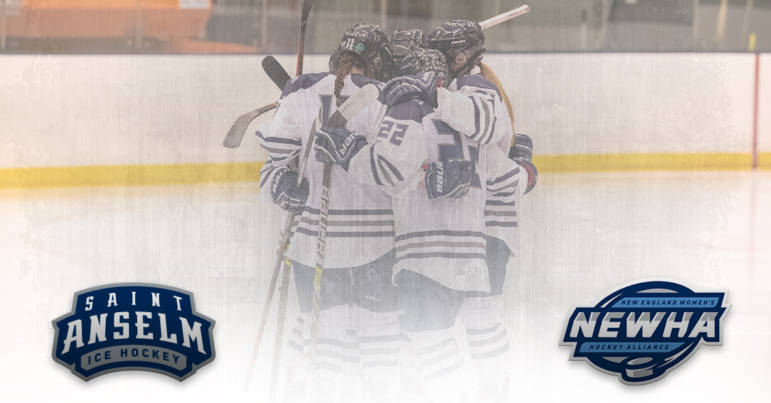 GOFFSTOWN, N.H. – The New England Women’s Hockey Alliance (NEWHA) is returning to play in January, and with it, the Saint Anselm Women’s Hockey team.

NEWHA Commissioner Robert DeGregorio announced on Wednesday that the NEWHA will play a condensed schedule starting in January contingent upon the health and safety of NEWHA student-athletes, coaches, officials and campus communities at large.

Specific schedules and pre-season formats have yet to be released and may change dependent upon testing of student-athletes, coaches and officials as well as local state and NCAA health and safety protocols.

“We remain committed to providing Saint Anselm women’s ice hockey student-athletes the best possible experience,” said Saint Anselm Director of Athletics Daron Montgomery, a member of the NEWHA Executive Council who also served as the league’s director in its initial season of existence. “Our student-athletes and coaches look forward to safely competing in NEWHA play next semester.”