MANCHESTER, NH – So, this has been a busy month.  We are all aware of the dangers facing our Public Safety personnel when it comes to dealing with the new opiates that are on the street, mainly the exposure risk presented to us.  Well, that appears to be true.

Based upon what we are seeing, the “new” opiates that are taking their toll on other parts of the country (Ohio, Florida, out West, etc), namely the following:

2.) Possibly carfentanil (it has been found in RI and ME).

3.) U-44770 aka “Pink” which can be bought legally over the Internet and is 8x more powerful than heroin.

While we have not had any public service workers exposed, we have seen an increase in overdoses for the first period of October.  One thing that I find to be troubling, is that routinely this month it has been documented through first-hand accounts that those we revive are reporting having used fentanyl.  This, to me, means that they are seeking it out now instead of being “caught off guard” by the potent drug.  When this shift happens, we are naturally going to see an increase in overdoses despite our best efforts, as it will take less of the drug than normal for users to overdose on.

That being said, we are at 42 suspected overdoses this month with all but two being treated with Naloxone.  Four of these encounters ended up with a fatal result and one was an intentional suicide by methadone overdose.  Things are better in the mindset of our crews, though.  They really do feel like Safe Station and Granite Hammer are finally starting to show some results and the overdoses they respond to, in their eyes and minds, appear to be going down.  In essence this is true.  As with everything unpredictable in this effort, it all remains to be seen.

Below: The latest updates to the 2016 Opiate Fact Sheet, Safe Station Fact Sheet, and associated graphs. 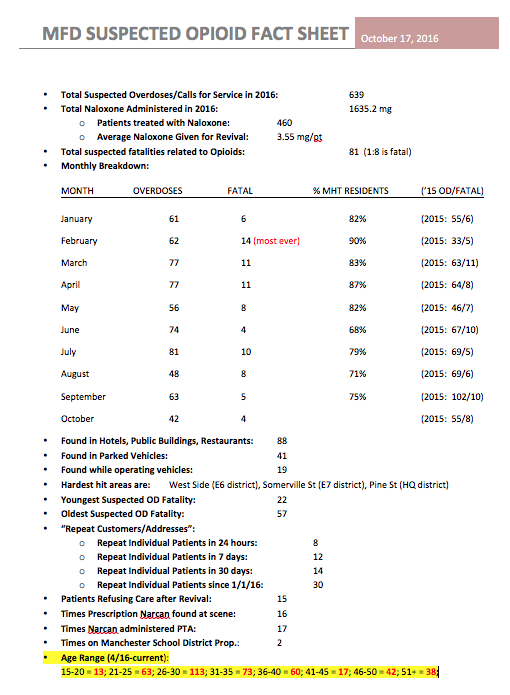 Announced on May 4, 2016, the Manchester Fire Department began providing a service to those suffering from Substance Misuse Disorder named “Safe Station”. The purpose of this program is to provide a starting point to aid in the treatment and recovery from Opiate and Drug Addiction. 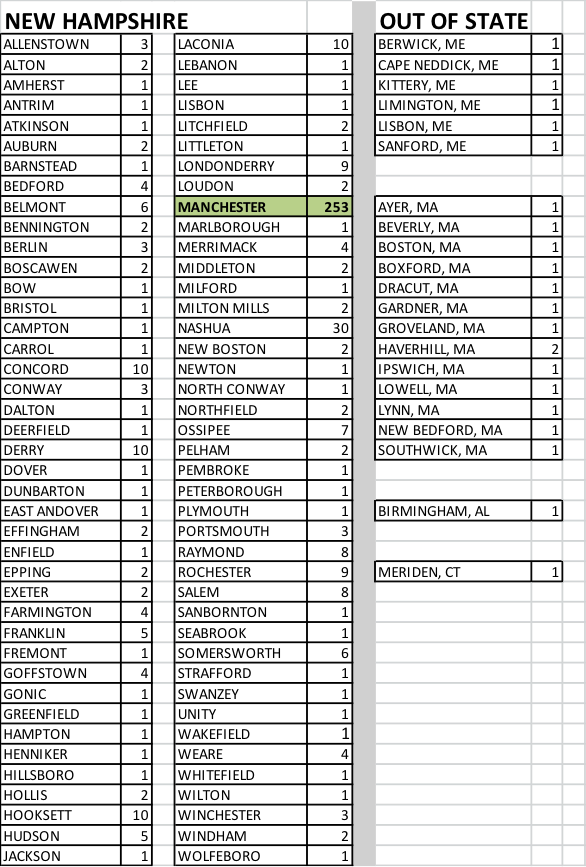 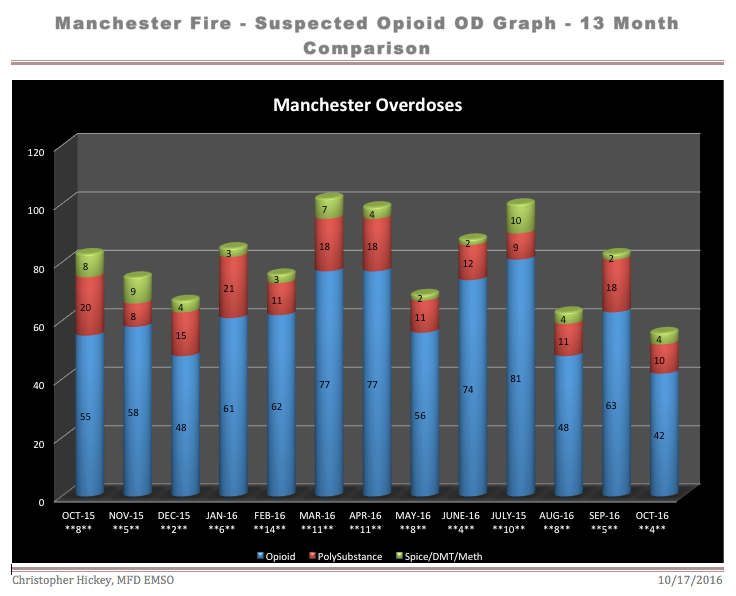 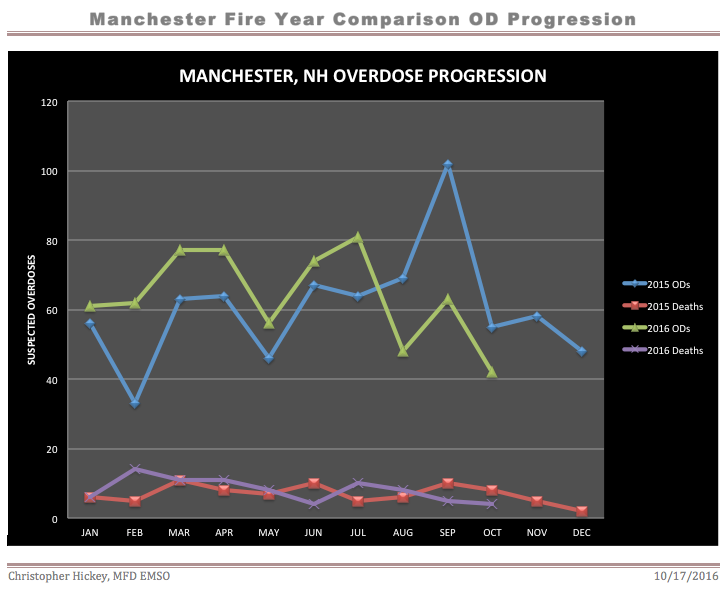