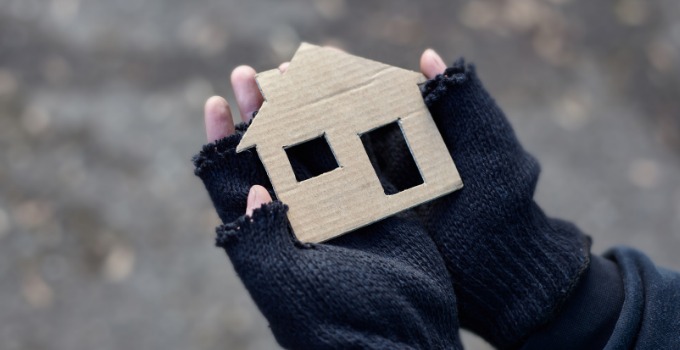 A mom with a newborn. A family with two young kids. A woman and a child. These are all among the people whom Mindy Cambiar has tried to find housing for in the past two weeks.

Cambiar is the executive director of Hundred Nights Inc., an emergency shelter and resource center in Keene. During most of the pandemic she hasn’t been getting as many calls from people needing assistance securing housing as she normally does. In August, however, she had 12 calls — all from families.

“I do feel like evictions are up and there are more calls,” Cambiar said.

While homelessness can affect anyone, families with children are typically better protected than single individuals, said Karen Zook, director of UV Gear (formerly Silent Warriors), a Lebanon-based organization that provides resources and stop-gap services, like tents, to people who are unhoused.

“Under more normal circumstances, there are pretty good safeguards in place for families experiencing homelessness,” she said. “That population is well-served.”

However, since July, a lot has changed for families that are experiencing or are at risk of homelessness, Cambiar and Zook said. Family shelters — including the one operated by Hundred Nights — have had to enact social distancing, meaning that fewer beds are available. For the first few months of the pandemic, New Hampshire housed more homeless families in motels to make up for the loss, but the qualifications for that program became more stringent in July, Zook said. At the same time the state ban on evictions lapsed on July 3, right around the time that federal pandemic unemployment assistance ended.

This week, the Centers for Disease Control and Prevention (CDC) announced a federal eviction moratorium through Dec. 31. People working with the homeless population and those at risk for homelessness in the state say that the ban is welcome, but could just delay the potential fallout of people who are unable to pay their rents.

“The underlying problem hasn’t been solved,” Zook said. Under current guidelines, when the moratorium ends all past rent will be due. That’s virtually impossible for people who have lost their jobs, she said.

“It would be one thing if the moratorium continued and then everyone was back at work, but they’re not able to be,” Zook said.

Normally, families at risk for eviction can work with social service agencies to avoid eviction. These agencies can work with a landlord to pay all or a portion of rent in order to prevent the eviction. But because landlords have possibly gone months without rental income, they’re less able to be flexible.

“Landlords have been less able to do that because (tenants are) already four months behind,” Zook said.

An effective solution, she said, would be to offer property owners a way to delay paying property taxes while tenants weren’t paying rent, she said, but that has implications for town budgets.

“If we’re putting a moratorium on evictions, which is an objectively good thing, there needs to be support on the other end,” Zook said. “If the landlord can’t pay taxes, you might have a roof over your head but the local social worker just got fired.”

She added that having a previous eviction can make it harder to get a lease in the future, so prevention is important.

“I’d like to think that landlords and agencies will be understanding that eviction during a global pandemic isn’t the same as eviction in other circumstances, but we don’t know,” Zook said.

Evictions — or the threat of them — can have a cascading effect on people who are housing-insecure. Many of the people calling Hundred Nights haven’t themselves been evicted, but they’ve had to move.

“We’re hearing more that they have lost the places that they were staying in,” Cambiar said.

“These tenuous relationships are starting to break down,” Zook said. “That’s contributing to why we’re seeing more families too.”

Kyle Chumas is the director of marketing and communications for Families in Transition/New Horizons, a Manchester-based organization that tries to connect families with long-term affordable housing solutions. The organization operates family shelters in Manchester and Wolfeboro. It hasn’t seen an uptick in demand, but that’s likely because the organization’s shelters are typically full and other services have long waitlists, Chumas said. He’s cautiously optimistic about the CDC ban on eviction, but said it may be more complex than the headlines indicate.

“It still sounds like there are several factors to iron out as there is no info on the CDC website yet,” he said.

With or without the federal eviction ban, he said that the pandemic will continue to affect housing for New Hampshire families.

“The full brunt of the eviction crisis has yet to be felt,” Chumas said.

Still, Zook had a positive message. She said that New Hampshire’s homeless population, estimated at fewer than 1,500 people before the pandemic, is small enough that it can be managed through proactive policies like more affordable housing options.

“Our population is a manageable and a realistically help-able size,” she said. “It’s more people this year, but we still as a community have the resources to actually help folks, if we could just make a decision to do it.” 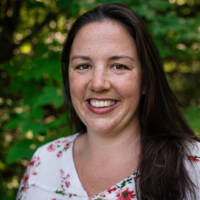 Burch Creative
Kelly Burch is a New Hampshire-based freelance journalist whose work has appeared in The Washington Post, The Independent, Oprah magazine and more. Kelly covers personal finance, mental health and other topics. She's currently working on a memoir about traveling the United States by RV with her husband and two young children.