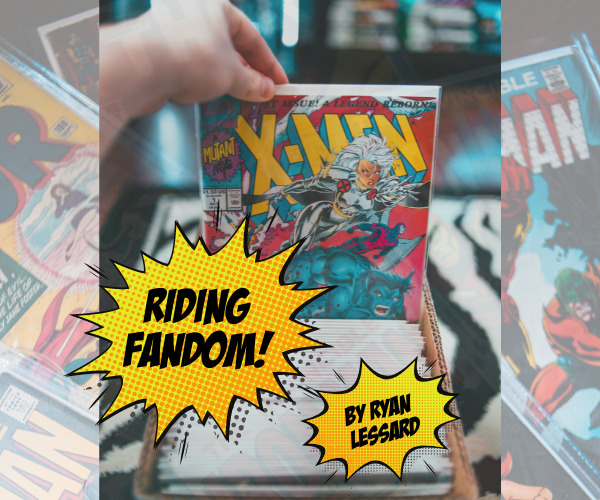 NASHUA, NH – Over the years, Jim Goodwin of Nashua has gone from a young comic book store owner to a successful comic dealer on eBay, but he never stopped being a fan and a collector.

“I’m still a collector and reader at heart,” Goodwin said.

Today, he operates his eBay store, Modern Bard Comics, part-time, a venture that began in 1998 and skyrocketed after his bartending job slowed down during the pandemic closures last year.

“I was one of the early, early sellers on eBay,” Goodwin said.

Goodwin first started making a profit flipping old books in 2017 but it wasn’t until 2019 that the market began to shift and a voracious demand for collectible comics reached critical mass.

All the while, Goodwin was serving drinks at a sports bar in Nashua. But when the business closed its doors during the first several months of the pandemic in the U.S., he turned to the eBay store as a supplementary source of income, and registered the eBay store as an official business.

Thankfully, Goodwin said demand only increased while people were shut-in, spending more time on the internet and seeking entertainment content wherever they could find it.

Goodwin remained employed by the bar and still went into work, but they didn’t start serving customers again until about four or five months after the shut-downs. During that time, he said he started making double or triple what he was making before through the store. He was putting more time in, but the market really ramped up around then, he said.

“The sales were crazy,” Goodwin said. “The prices were rocketing and more people were buying.”

He said the price increases affected the whole comics trading market, from vintage books between the 1940s to 1980s, to modern books, which were published after 1992.

“The vintage books make the biggest splash, because they’re higher in value, but there’s a lot of modern books that have just gone crazy,” he said.

For example, he sold Batman Adventures #12 for about $1,400 about three months ago. That book was published in 1993 and was the first appearance of Harley Quinn.

Both were flea market finds that he pulled out of batch sales. He bought the batch that had the X-Men book in it for $200. The Batman book ended up being only 75 cents when he bought about 200 books at once for around $150.

“I have more of the modern stuff than I do of the vintage stuff,” Goodwin said.

Before the pandemic, he spent about one or two days a week on the eBay store. Now, he continues to work on it daily.

Goodwin also deals comics as a buyer and seller locally, and has gotten to know many of the comic book store owners in the area.

Often, Goodwin will buy collectible books from bulk dealers like Richard An, and sell them individually on eBay, or keep them for his own collection.

He’s no stranger to the business.

In 1991 to 1994, Goodwin owned his own comic book store in Bradford, Mass., called American Heroes Comics, which he started when he was only 20 years old.

He says at that young age he probably didn’t know enough about running a business, so it didn’t last very long. But after a few years out of the game, he couldn’t stay away. He moved to Nashua in 2002 and connected with a friend who owned a store. It wasn’t long after he began collecting and dealing in rare comics again.

Goodwin will have a vendor table set up at the Hampton Beach Comic Book and Toy Show in Seabrook on Oct. 16, and is hoping to participate in another convention in Boston next year.