MANCHESTER, NH – Manchester Police responded to a West Side neighborhood at 9:40 a.m. on September 10, 2017 for a report of a “suspicious person” walking in the street and through various yards. One woman observed the man, later identified as Christopher Durham, 23, no fixed address, damage a fence in front of 116 Whipple Street, so she contacted police. 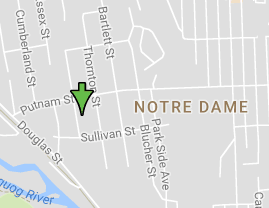 Officer Benjamin Foster responded to the 200 block of Sullivan Street to speak with the caller. She stated she saw Durham walking aimlessly through the neighborhood and at one point, he began damaging her neighbor’s fence.

Officer Foster located Durham as he sat on the front stairs of 145 Whipple St., while Officer Derek Cataldo spoke with the homeowner of 116 Whipple Street. The homeowner stated Durham caused approximately $250-worth of damage to his fence.

Officer Foster spoke with Durham as he sat on the front steps of 145 Whipple St. The officer confirmed he had no legitimate purpose to be at the Whipple Street address and ultimately arrested him for prowling. The officer located several hypodermic needles and .2 grams of fentanyl on Durham during a search.

Durham was charged with possession of controlled drug, criminal mischief and prowling and is scheduled to appear in the 9th Circuit Court-Manchester on September 11, 2017.