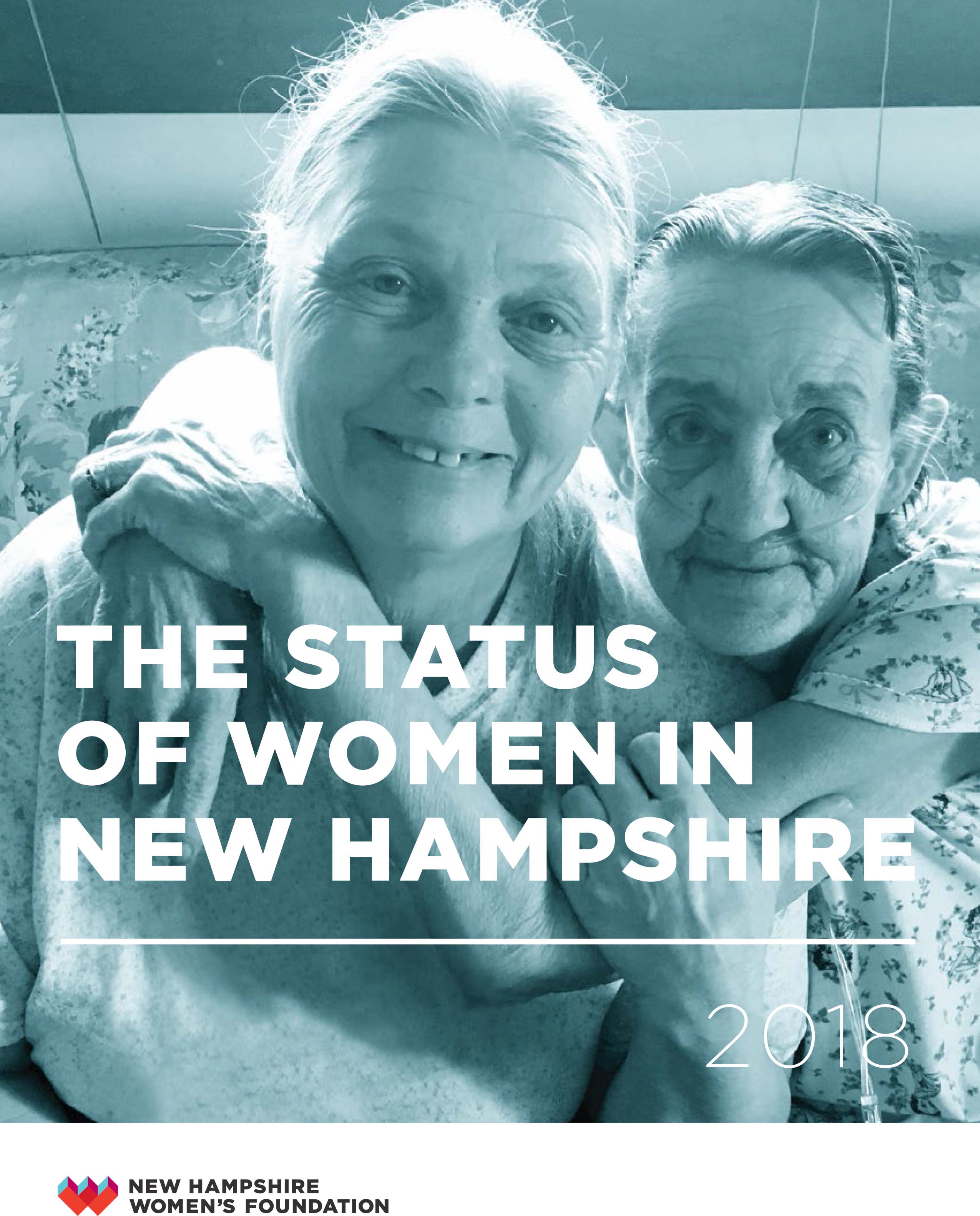 The New Hampshire Women’s Foundation (NHWF) released its downloadable report, The Status of Women in New Hampshire on September 27 while Dr. Christine Blasey Ford was testifying to the US Senate about the Supreme Court confirmation of Brett Kavanaugh.

Tanna Clews, CEO of NHWF, announced the report, saying, “This is the most comprehensive compilation of data about women in New Hampshire.  We believe this research can be the backbone for crafting future legislation and policies that positively impact women and girls in New Hampshire.”

In its announcement, the NHWF wrote:

Women are half of New Hampshire’s population, and many are not able to achieve their full potential. That’s not because they aren’t capable, but because obstacles like bias and discrimination hold them back.

A new report from the New Hampshire Women’s Foundation tells the complex story of how New Hampshire women are doing on measures of health, safety, economic security, and leadership.

Across many of the indicators we studied, New Hampshire women generally do about as well as women in other New England states, and New Hampshire often leads the nation when it comes to economic security measures. However, by many measures, we find some Granite State women falling behind their male counterparts and being held back by persistent roadblocks like the prevalence of gender-based violence and the gender wage gap. In New Hampshire, we can do better by, and for, women.

On the topic of women’s safety, The Status of Women in New Hampshire found that more than one-third of women and men in New Hampshire have experienced intimate partner violence during their lifetime. Women are much more likely to have been seriously impacted by intimate partner violence, including impacts such as needing medical care and missing work. Women are more than twice as likely as men to have experienced sexual assault during their lifetime.

For economic security measures, the data show that only 9 percent of New Hampshire women live in poverty. But there are racial disparities behind that low overall rate. Poverty is highest among Hispanic women (16 percent), Black women (16 percent), and women who are multiracial or belong to another racial group (22 percent). Poverty also hits rural counties much harder—women’s poverty is more than twice as high in Coös County as it is in Rockingham County.

The gender wage gap remains a real obstacle in lifting women from poverty to prosperity. According to the report, nearly two-thirds of New Hampshire women who are at least 16 years old are in the workforce (either employed or looking for work). And, as in the rest of the country, they earn less than men do: just 79 cents for every $1 that men earn (for full-time, year-round work).  The gender wage gap varies widely from place to place. Women earn 88 cents for every dollar that men earn in Grafton and Sullivan counties, but only 73 cents in Rockingham County and 75 cents in Hillsborough County.