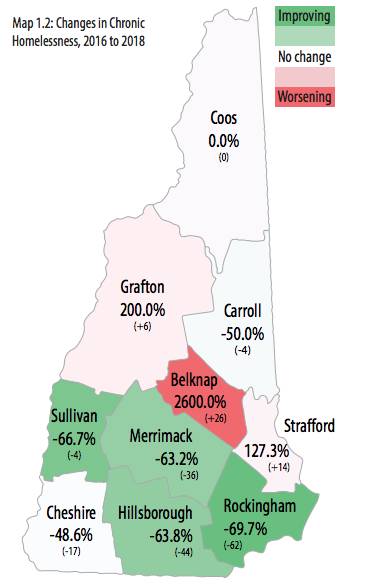 MANCHESTER, NH – The NH Coalition to End Homelessness (NHCEH) released its eighth report on the State of Homelessness in New Hampshire (read the full report below). The 32-page report, using data compiled from state and federal sources, provides an overview of trends and an understanding of the scope of homelessness statewide from 2016-2018. Data indicate that the number of people experiencing homelessness was unchanged over the past year, and remains up 10 percent from two years ago.  Despite small decreases in some subpopulations in the past year, the number of people in every group, including families, veterans, and those living outside remain higher than in 2016.

The report, which can also be viewed at www.nhceh.org/2018-report, reveals continuing increases in the number of children identified as homeless in New Hampshire’s public school system.  Over 4,000 students were identified as homeless during the 2016-2017 school year, an increase of almost 21% from just two years ago. 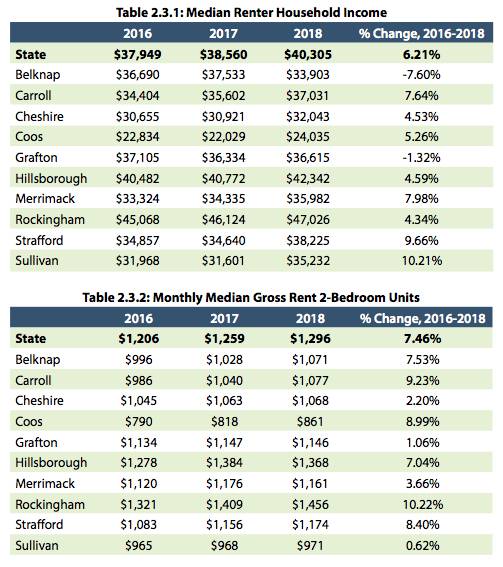 “Despite the increasing need, these numbers also remind us that ending homelessness in New Hampshire is possible,” said Cathy Kuhn, Director of the NHCEH.  “It is true that thousands of New Hampshire citizens are touched by homelessness each year; however, unlike in other parts of the country, our numbers are not insurmountable.  With continued dedication and renewed investment, we can end this problem in our state.”

About the NH Coalition to End Homelessness

The NH Coalition to End Homelessness (NHCEH), a nonprofit organization with headquarters in Manchester, NH, was founded in 1990. As homelessness increased throughout the state, individuals and organizations began working on solutions to house and serve this growing population. In response, the NHCEH organized leaders in the state to research solutions on ending homelessness, educate providers on best practices, and empower people to advocate on behalf of the homeless. Our belief is that having a home is a basic human right and is fundamental to becoming an engaged and contributing member of our community. For more information about the NHCEH or the State of Homelessness in New Hampshire Report, visit www.nhceh.org or call 603-641-9441.