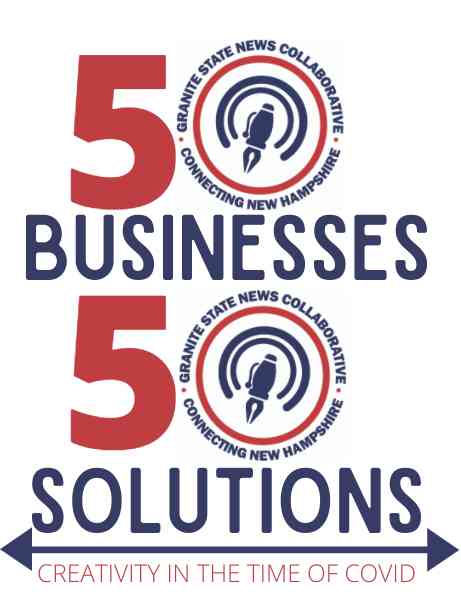 During a typical February vacation week, Cowabunga’s, an indoor place space in Manchester, would have up to 150 kids bouncing, sliding and running around. This year, capacity is capped at just 40 kids every day, including during the busy vacation week.

Customers come in and tell Kelly Pearson, who owns Cowabunga’s along with her husband Matthew, that they’re excited to see so many families visiting. But after a year of trying to keep the business together amidst COVID, Pearson finds it hard not to focus on all the customers who aren’t there.

“Running a business has such high expenses,” Pearson said. “Just to be able to cover those expenses you need more people.”

The Pearsons have operated Cowabunga’s for a decade. It first opened in Hooksett, before moving to a larger location in Manchester in 2018. A second location in North Reading, Mass., opened in 2014.

When COVID swept into New Hampshire, indoor play spaces were the last place that most people wanted to be. Cowabunga’s closed for about six months. The North Reading location remains closed, both due to state regulations in Massachusetts and the Pearsons’ own reservations about the ability to reopen safely in that space, an older building.

In New Hampshire, however, they were confident they could open without too much risk.

“We sat down and said what do we need to do to feel comfortable?” Pearson said.

They started by investing in an upgraded HVAC system. Rather than just using the system for heating and cooling, Cowabunga’s now uses it constantly to pump fresh air into the building, with the hopes of mitigating the risk of COVID.

They also decided that they would require that everyone that comes into Cowabunga’s wear a mask, even — perhaps especially — while playing.

“Some people do not like us because of it,” Pearson said. “It’s totally fine. We totally get it and we’re sympathetic to that. We can’t wait to be on the other side of this and go back to something more normal.”

The kids, for their part, don’t seem to mind, however.

“Kids are just so excited to come in and play that they don’t care about wearing a mask,” Pearson said.

With three children of their own — including two middle schoolers — the Pearsons understood the challenges facing working parents during remote learning. They decided to get Cowabunga’s licensed as a daycare in order to operate a remote learning lab. Kids doing remote learning can do their classwork at Cowabunga’s, supervised by the staff, and use their downtime to take advantage of the play space.

The remote learning lab hasn’t been lucrative, but Pearson says it’s been very important to the community and the kids who utilize it. Many kids with learning plans like IEPs are enrolled in the program, and it seems to work well for them, she said.

“The learning lab is one of the best things we’ve done during the pandemic,” Pearson said. “Just being able to aid them and offer them the flexibility that they need in order to be in the mindset to do their work…”

Still, the financial impact of the pandemic has been real. Cowabunga’s Manchester location had about 20 employees a year ago, and is down to half that. Interest in some services — like private birthday parties — is up, but overall, revenue is down significantly.

“It has not been easy,” Pearson said. Cowabunga’s received federal loans and grants, but “it only covers a very small percentage of the debt that we’re in because of the pandemic,” she said.

Despite that, Pearson is more convinced than ever about the viability of her business, having seen how parents and families need indoor play options, even during the pandemic.

“Right now we’re not thriving,” she said. “But in the next year or so, I’m very hopeful that we can come out stronger. We think we could grow within the next 5 years at a faster rate because we’re rocking all the different things we’ve got going on.”

This story is part of the 50 Businesses, 50 Solutions series, shared by partners in The Granite State News Collaborative, that aims to highlight how business leaders across the state, from mom and pop shops, to large corporations have adapted to meet the challenges and disruptions caused by the novel coronavirus in the hopes others may be able to replicate these ideas and innovations. Tell us your story here. For more information visit collaborativenh.org.