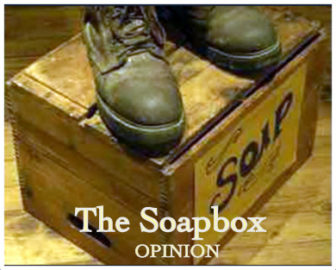 A year ago today, I woke up brimming with hope and excitement. I wore my “UNH Students for Hillary” T-shirt with pride at the polls, and I was fully prepared to celebrate another victory for the candidate I supported, as I had grown accustomed to during my past election experiences with President Obama.

Later that night, I sat at a bar with a group of high school friends, stunned and speechless as we watched the election results roll in. Donald Trump was winning state after state. This was not what any of us had anticipated. By midnight, I was forced to accept the truth that Hillary Clinton was not going to be our first female president. My little sister, Libby, called me at 2 a.m., on the verge of tears. “Is this really happening? I just woke up. I can’t believe this is real,” she whispered. It hurt to tell her this was not a bad dream. This was reality.

Over the past year, it has been disheartening to watch many of my fears of a Trump presidency become reality. Trump’s policies and discourse demonstrate a lack of regard in protecting the rights of women, individuals who identify as LGBTQ, racial and ethnic minorities, and immigrants, among other marginalized groups. In my position as a researcher at Prevention Innovations Research Center at UNH, I work every day to end gender-based violence, and I have personally felt the effects of such policies. It has been maddening to watch the Trump Administration dismantle Obama-era sexual assault guidelines, including rolling back Title IX protections for college victims of sexual assault. Trump has set forth an agenda that removes a woman’s right to make choices about her own body, and has promoted policies that make it more difficult for women to access birth control, abortion, and basic health care.

With all of the setbacks, there is a silver lining I cling to and remind myself of every day. The election of Donald Trump has lit a fire in me to become an even more passionate feminist and advocate for women’s rights. I have dedicated myself to fight for gender equality, and I have been inspired to speak louder, work harder, and always stand up for what I believe in. Even though there have been plenty of obstacles for women this past year, we have also had some amazing collective achievements. In January, the Women’s March broke records as the largest protest in U.S. history, with over five million participants at 600 events across the globe marching in a show of solidarity the world has never seen. Women have spoken up against serial predators like Harvey Weinstein, and created a national network of survivors of sexual assault and harassment with the viral #MeToo social media campaign. There is still so much work to be done to achieve gender equality, but I have never before seen so many people aware of the issue and ready to do their part.

Last night, I witnessed an amazing achievement for women in my own community of Manchester, when Joyce Craig became the first female mayor in the city’s history. At her victory party at the Puritan, I was honored to be able to personally congratulate Craig amongst a jam-packed conference room full of her supporters. The excitement pulsing through the room was contagious, and I couldn’t help but beam to realize this event was not only to celebrate Craig’s victory, but to celebrate the smashing of a glass ceiling through the Democratic process. In an interview with WMUR, Craig highlighted the importance of her role as the first female mayor of Manchester: “I’m so proud, I’m humbled. I love that young women and girls can now see that this is an opportunity that’s available to them.”

Thank you Joyce Craig. Thank you Hillary Clinton. Thank you to all the women who have come before me to pave the way for equal rights. We are certainly not there yet, but we are closer than ever before. This year has proven that it doesn’t matter who the president is – when women stand in solidarity we can accomplish great things. 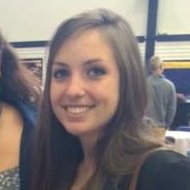