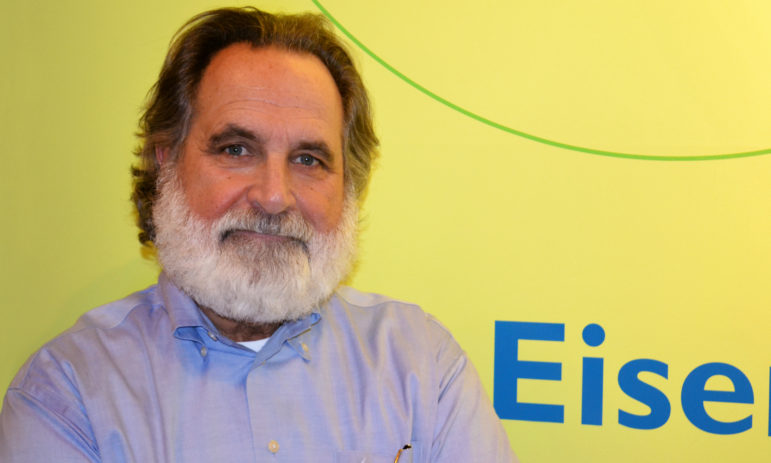 MANCHESTER, NH – Ray Garon never intended to fully retire, he was just looking to write the next chapter of his business life. That new chapter starts at EVR Advertising.

Garon retired in September after 23 years as president and general manager of the Manchester Radio Group (WZID, The Mill, WFEA, Hot Hits). He said he always intended to stay involved in advertising and communications.

“The one area of business that still fascinates me is advertising, it always did,” Garon says. ”This new relationship with EVR will allow me to be focused solely on the communications needs of our clients.  I will enjoy having new tools and resources to work with, not just the benefits of a single media source.  From the outside, I always admired the creative product EVR produces.  Being part of the EVR team is a perfect fit.”

Garon is veteran business leader in Manchester who brings a broad range of experiences and expertise to EVR. He was involved in the broadcast industry for more than 50 years and was responsible for overseeing every aspect of the operation at the Manchester Radio Group, including ad sales, programming, promotions and community service.

Eisenberg says Garon will be involved in an array of projects at EVR.

“Ray has a unique skill set that will add a new dimension to EVR,” Eisenberg says. “We are excited to add Ray to the EVR team and get him involved in all facets of our business.”

Garon, a past president of both the Ad Club of New Hampshire and the NH Association of Broadcasters, is married and lives in Auburn.

About Eisenberg, Vital & Ryze
EVR Advertising of Manchester, NH, is one of the region’s leading full-service agencies and has been recognized with over 80 international and national design and marketing communication awards. EVR has more than 25 years of experience and created hundreds of advertising and marketing campaigns for a variety of clients including the Dartmouth-Hitchcock Medical Center, Catholic Medical Center, New Hampshire Liquor Commission, Community College System of New Hampshire, Irving Oil, Bellwether Community Credit Union, Xerox and Merriam-Webster, among others.