MANCHESTER, NH – This year marks the centennial year of inventor Ralph Baer’s birth.  Born in 1922, Ralph Baer is regarded as the father of video games and has more than 150 patents to his credit.  He spent the majority of his career in New Hampshire and called Manchester his home for nearly 60 years.

The Arms Park event will feature speakers highlighting Ralph’s impact on the world of video games while celebrating local innovation.  There will be an unveiling of a new plaque for the Ralph Baer statue and a sneak peek of upcoming additions to Arms Park.  Food trucks will be at the park from 12 – 1 p.m. prior to the start of the event.  Speakers will include Manchester Mayor Joyce Craig, Art Molella, Founding Director of the Lemelson Center at the Smithsonian American History Museum, Mark Baer, Ralph’s Son, Jodie Nazka Manchester Economic Development Director and more.

Beginning at 2 p.m. entry to SEE Science Center will be free.  There will be family drop-in activities, speakers and demonstrations by FIRST® Robotics Team 6763 Fusion from the Manchester School of Technology and Manchester MakerSpace. There will also be an artist meet and greet at the closing of the Video Game Art exhibit currently on display at SEE.

A full schedule is below:

Free entry for the public beginning at 2 p.m.

3:15 p.m. What does it mean to be an Innovator?
Arthur Daemmrich, Director of the Lemelson Center in the Smithsonian’s American History Museum

4 p.m.
Exhibit Closing reception for Video Game Art Exhibit and opportunity to speak with the artists. 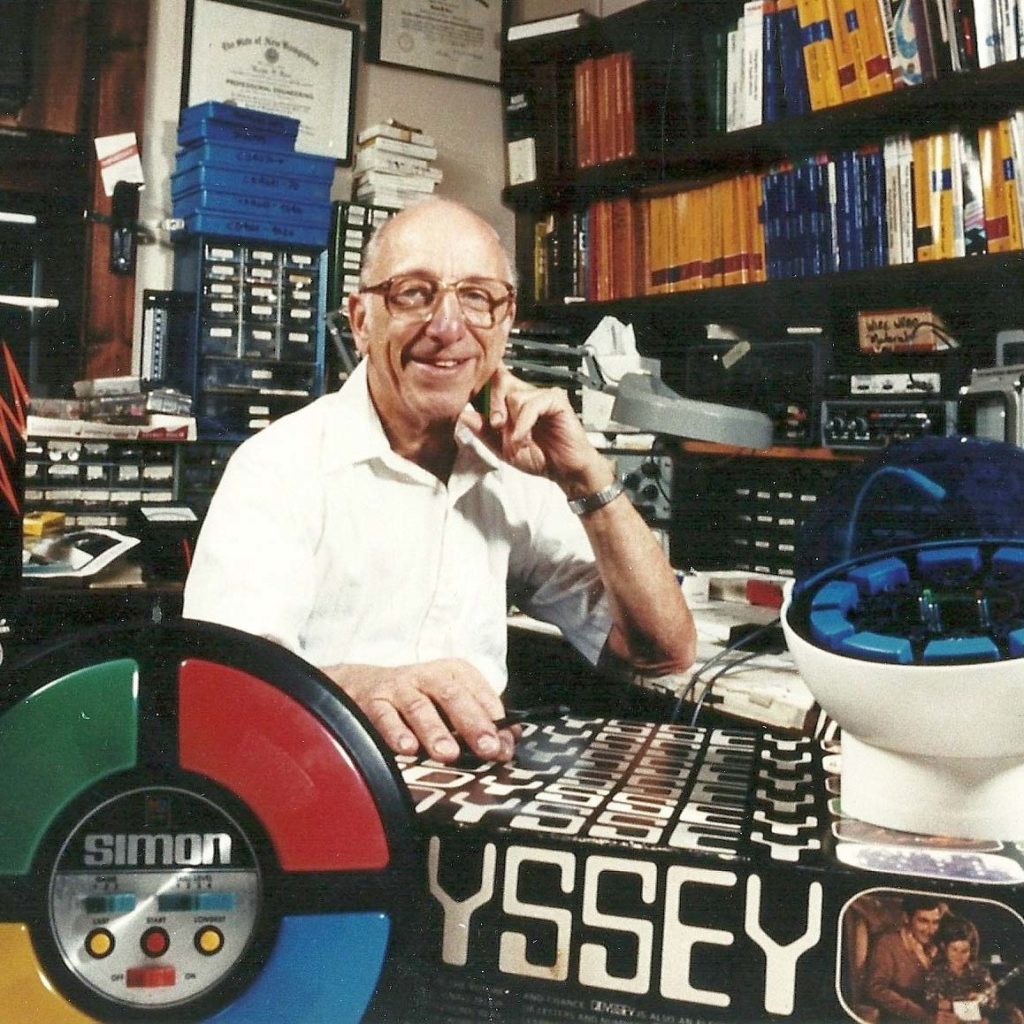 Ralph Baer (1922- 2014) was an engineer and inventor with more than 150 patents.  His “brown box” controller became the original prototype for the first video game.  He was born to a Jewish family in Germany who fled to the U.S. in 1938. He later served in the U.S. Army during WWII.  He began his engineering career in New York and moved to Manchester, NH in 1955 where he lived and worked for the remainder of his life.  He received many awards and honors throughout his career including the United States National Medal of Technology.  His workshop is on display at the Smithsonian Museum of American History.

About the SEE Science Center


The SEE Science Center is a hands-on science discovery center located at 200 Bedford Street, Manchester, NH 03101.  Our mission is to engage our community in the joyful, active exploration of science and innovation.  Visit our website for current hours.  Admission is $10 per person ages 3 and up.  SEE is a 501(c)(3) non-profit organization.