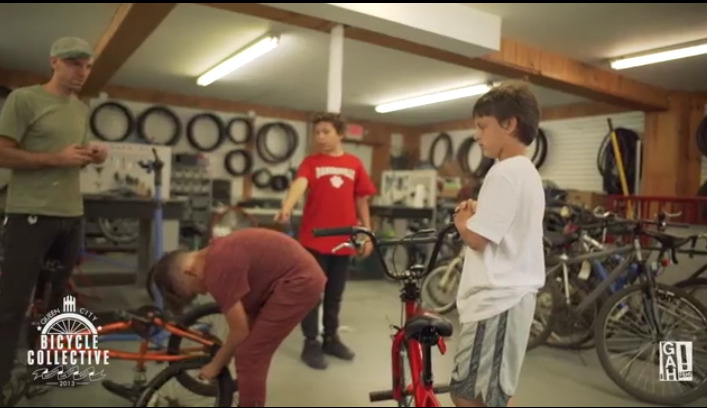 MANCHESTER, NH  — Queen City Bicycle Collective has combined efforts with Bike Manchester. The decision was made by QC Bike Collective’s Board of Directors to acquire Bike Manchester on terms agreeable to the local bike advocacy organization and its former fiscal sponsor, Bike-Walk Alliance of NH (BWANH). The union is effective immediately.

QC Bike Collective performed a SWOT (Strengths | Weaknesses | Opportunities | Threats) analysis of the Greater Manchester bike community in Fall 2020. More than 33 individuals representing 13 organizations participated, including members of Bike Manchester, QC Bike Collective, BWANH, and more. The SWOT analysis brought several items to light that informed the decision between Bike Manchester and QC Bike Collective, including the opportunities to improve communication and collaboration between cycling stakeholders, and to strengthen our collective missions.

“The reality is that Bike Manchester and QC Bike Collective have collaborated for years to embolden community members to bike more,” said Derek Shooster, former Chair of Bike Manchester. “The overlap among these two organizations and others was apparent–be it volunteer support, mutual goals, competitive grant applications, or fervent advocacy for Manchester’s bike community. Between the SWOT analysis findings and the opportunity to reflect on our priorities through the pandemic, there was no question that working together is the smartest path forward.”

“It’s really an honor to expand the work of our collective to include the elements of advocacy & education that Bike Manchester had as its focus,” said Tyler Glodt, QC Bike Collective Shop Manager. “In approaching this work, it’s incumbent upon our collective to engage with and represent the broadest possible range of cyclists & cycling supporters in the Queen City towards strengthening the overall voice of Manchester’s cycling community. From those who ride out of necessity, to those who just have to ride, we all want to get wherever we’re going safely and have our voices heard. It is imperative that QC Bike Collective respect the privilege and the duty inherent in this expanded role.”

“BWANH is excited that QC Bike and Bike Manchester are combining their efforts in a more official way,” said Paula Bedard, President of BWANH. “All the individuals involved are doing great work, and we wholeheartedly support this move.”

QC Bike Collective is in the midst of hosting events for the community and volunteers through National Bike Month, such as Fix-A-Flat Friday at Bronstein Park every Friday during May from 4-6 p.m. The Greater Manchester bike community is encouraged to follow @QCBikeCollective on Facebook, visit qcbike.org online, or pop into their Open Shop (by appointment only) at 35 Elm St. to stay updated on more exciting announcements!